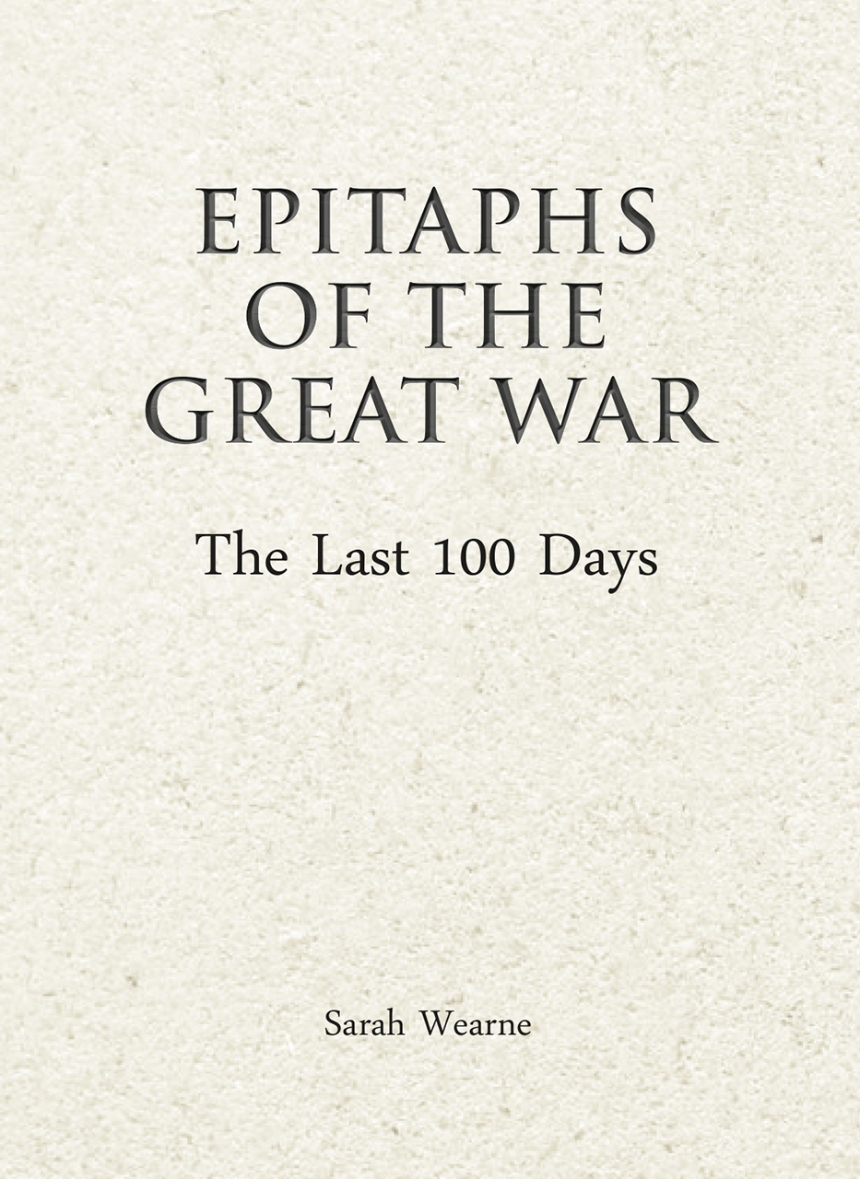 Epitaphs of the Great War

Epitaphs of the Great War

Epitaphs of the Great War: The Last 100 Days is the third instalment in a collection that presents headstone inscriptions from the graves of soldiers killed during World War I. Limited by the Imperial War Graves Commission to sixty-six characters, these inscriptions are masterpieces of compact emotion containing as they do the distilled essence of thousands of responses to the war. Their enforced brevity, however, means that many inscriptions relied on the reader being able to pick up on very brief references, allusions, and quotations that would likely elude contemporary readers. In this selection of one hundred inscriptions from the battlefield cemeteries, historian Sarah Wearne presents the inscriptions with supporting contextual information—religious, literary, or personal—to enable us for the first time in a century to truly hear the voices of the bereaved. This volume is perhaps the most tragic of the set, presenting epitaphs for those killed in France and Flanders during the period commonly known as the last hundred days of the war, a period from August 8 to November 11, 1918, a time when the end was clearly in sight, yet men continued to fight and die.

"A work of heroic service for those who died heroically."

"From the inspiring to the harrowing to the humdrum, the epitaphs chosen remind us of the millions of individual lives that were cut short "

"When I learned of Sarah’s project to collect and publish these epigrams and tell their stories I was absolutely delighted.  These short lines are some of the Commission’s real treasures . . . [they] reach through the decades and should we ever forget, remind us of the man"