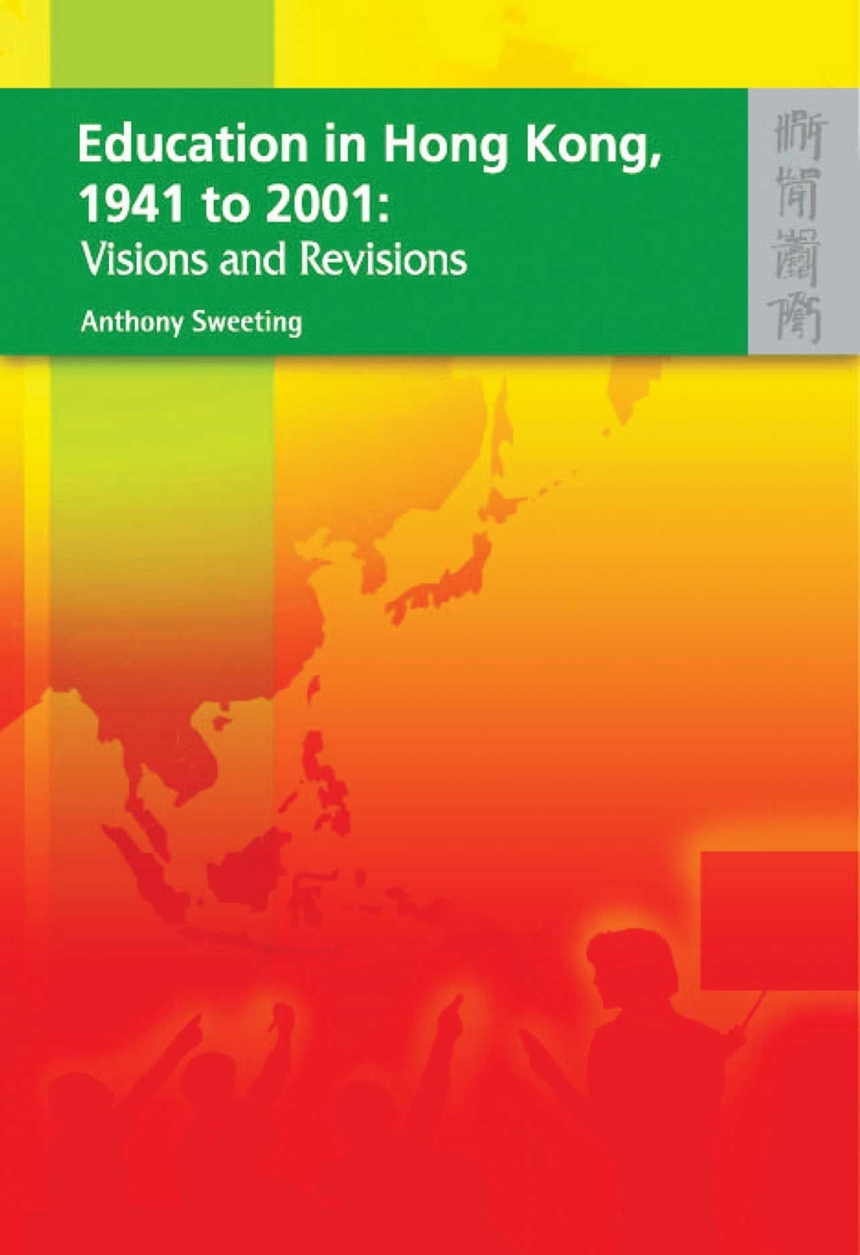 This book is a sequel to Education in Hong Kong, Pre-1841 to 1941 Fact and Opinion (Hong Kong University Press, 1990). It provides comprehensive coverage of developments in formal and informal education in Hong Kong from the end of 1941 to the beginning of the new millennium. As was true of its predecessor, each Part of this book is subdivided into three sections Commentary, Chronicle, and Evidence. Such an organization facilitates flexible reading. Readers primarily interested in analysis, interpretation, and the identification of themes are likely to focus initially on the Commentary sections and to move, as they feel stimulated, to the relevant entries in the Chronicle and/or items of Evidence. Readers who seek either more encyclopedic understanding or detailed answers to specific questions may well wish to focus primarily or at least initially on the Chronicle sections, and then to search for substantiation in the Evidence section or for amplification in the author’s Commentary. At times, some readers may wish to browse through the Evidence sections, reaching possibly serendipitous discoveries. Academic and general readers are likely to be particularly interested in Part I of the book, which deals with education in Hong Kong during the Japanese occupation, a topic that has received only very rare and generalization-bound treatment in other publications. The author offers insights into all levels of education. His conceptual scope incorporates many types of education – including the mainstream academic education, technical education, teacher education, special education, physical education, civic education, education that focuses on morals, that which focuses on culture, and the various sorts of non-formal and informal education.