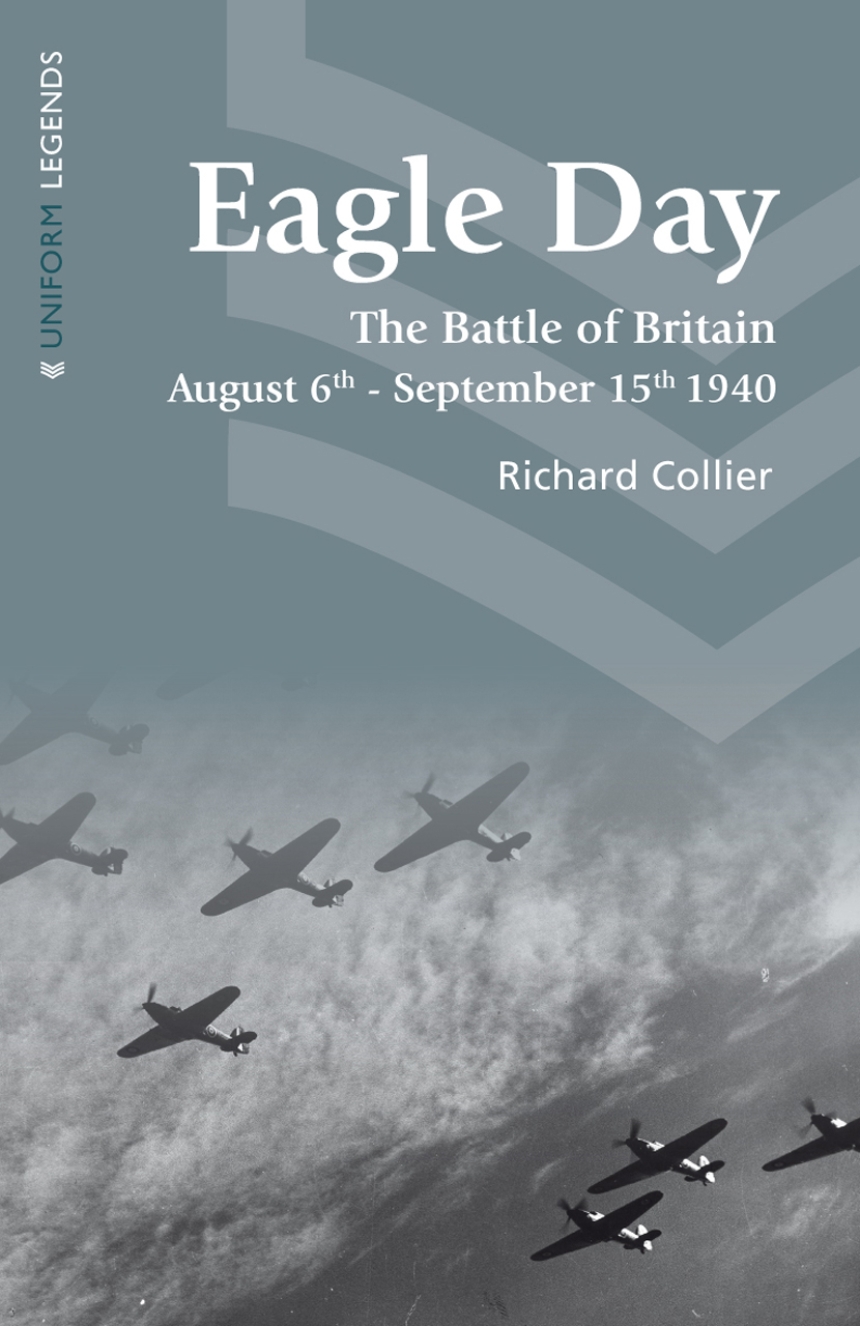 In August of 1940, the Luftwaffe launched an air assault on Britain of unprecedented power and violence. The only thing standing in their way were a few hundred pilots, navigators, and gunners who took to the skies and faced death night after night for six crucial weeks as the summer of 1940 wore away into autumn.
Originally published in 1966, Eagle Day tells the story of those weeks and the men who fought and died to keep Britain free. Richard Collier, an RAF pilot himself, draws on more than four hundred eyewitness accounts to give us a startlingly close-up view of life in the air during the Battle of Britain. His accounts of that long moment when Britain's back was against the wall are unforgettable.