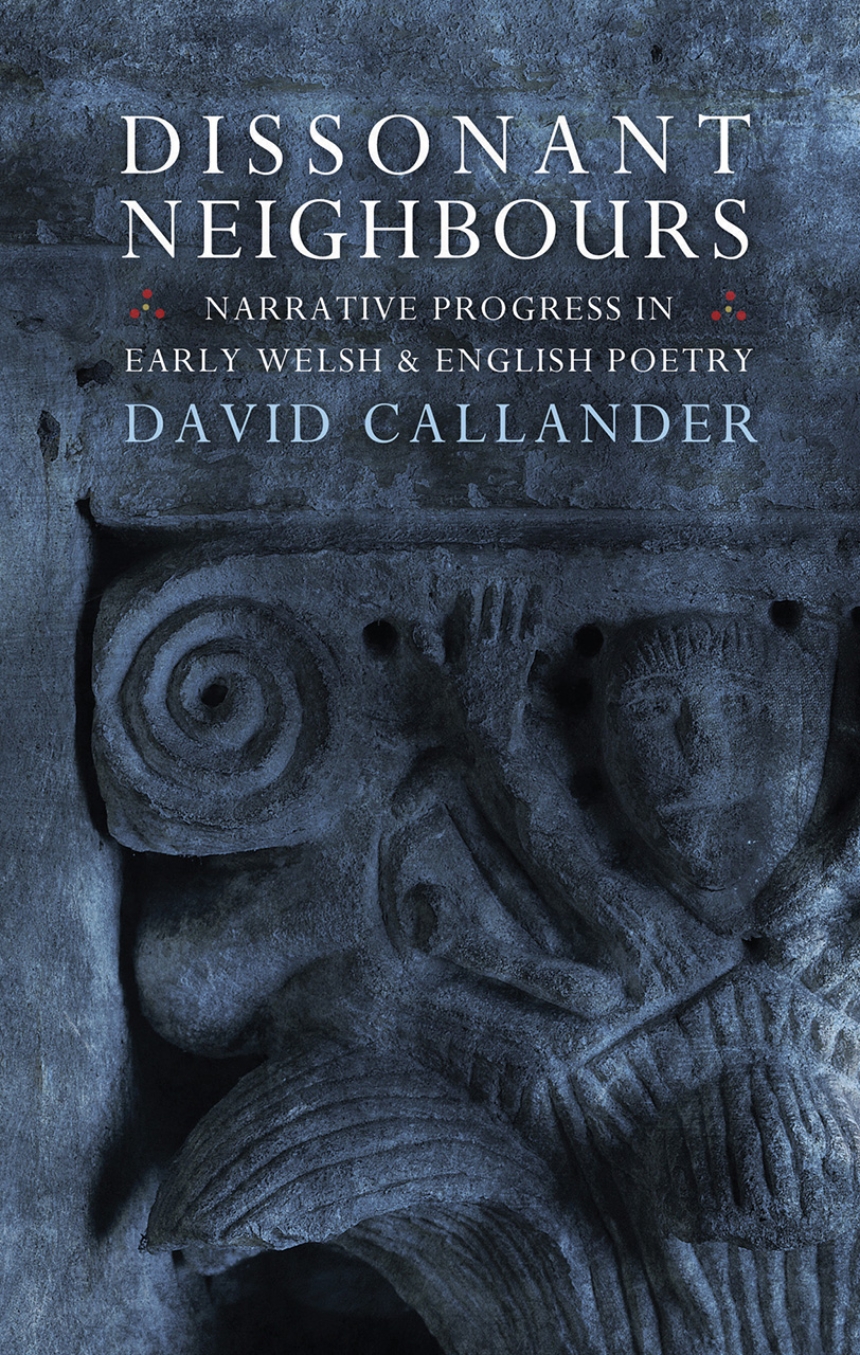 Dissonant Neighbours offers a new insight into the medieval literatures of Britain. Looking in particular at narrative and the way in which the poets tell stories, the book highlights the great stylistic differences between early Welsh and English poems, even when they are retelling the same or similar events. This allows readers an insight to the distinguishing features and trends within both medieval Welsh and English poetry.

“David Callander’s new book represents comparative literary study at its most illuminating. Remarkable for the elegance and subtlety of its readings and the rigour of its methods, Dissonant Neighbours will be essential reading for scholars of early Welsh and English poetry, and a model for future studies of premodern narrative.”

“Dissonant Neighbours is the most sustained and cogent attempt I have seen to analyse the structure and diction of early Welsh poetry. This ambitious book provides new models for understanding the peculiar interpretative difficulties that confront all students of this literature. Its comparative perspective allows the early Welsh and English traditions to illuminate each other while avoiding the danger of treating one as a norm against which the other is judged.”

“Here is a landmark in the study of early Welsh verse. David Callander is an outstanding critic who reveals aspects of poetic art hardly ever considered or even noticed; individual poems and genres are illuminated as never before. By setting Old and Middle English alongside the Welsh materials, and with a deft use of theory, he brings a fresh set of questions into play that will invigorate the field.”

“This wide-ranging comparative study offers a stimulating new approach to early narrative poetry, elucidating the distinctive features of the Welsh and English traditions by well-focused contrasts. It will make early Welsh poetry accessible to a new readership, and deserves the attention of anyone interested in the medieval literature of Britain.”

“This book is a tremendous achievement. Through the application of brand new methodologies and incisive close reading, David Callander makes a groundbreaking contribution to the study of medieval literary culture. All scholars of early English and Welsh narrative will need to read his work.”