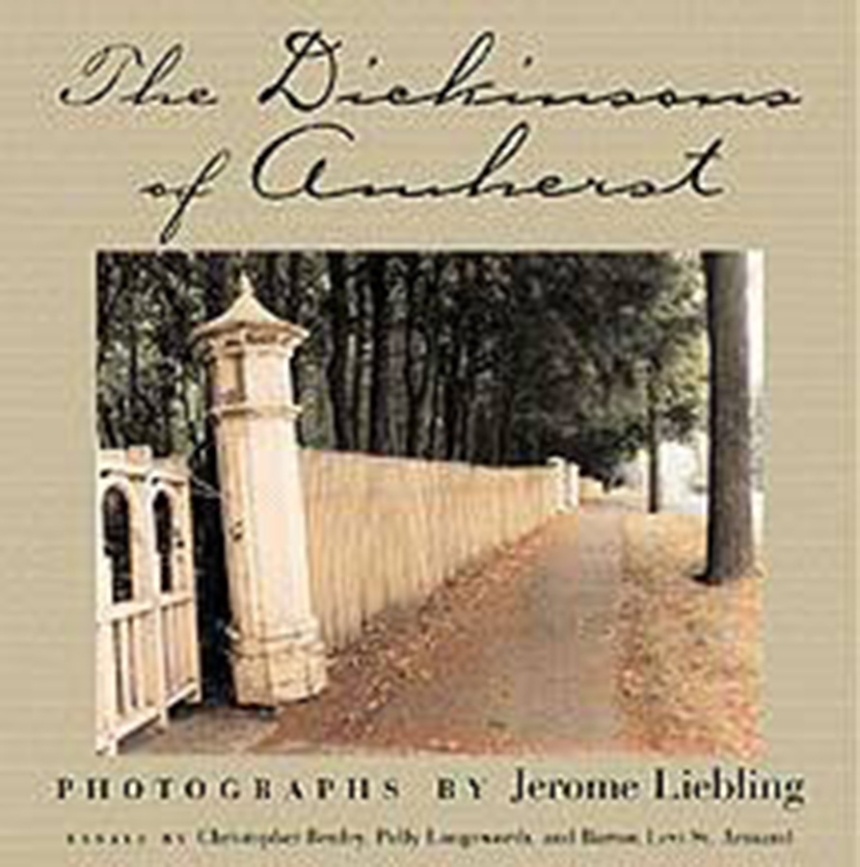 The Dickinsons of Amherst

The Dickinsons of Amherst

Jerome Liebling, one of our foremost documentary photographers, has created a remarkable photographic record of the domestic environment of Emily Dickinson. As a fellow resident of Amherst, Massachusetts, Liebling was naturally drawn to the Homestead, the house in which Dickinson lived and worked. But more remarkably, Liebling had the opportunity to document the opening of the Homestead’s dark sister, the Evergreens -- an Italianate villa built for Emily’s brother, Austin, which until recently was still inhabited but which had been preserved almost as a time capsule of the era of Emily and Austin. Though Dickinson lived as a recluse in the Homestead, she did not live in the utter isolation that has been popularly imagined. Her life was intimately bound up with the affairs of her friends and family, and the domestic situation at the Evergreens inevitably contributed to the environment in which she wrote her poems. Austin Dickinson’s troubled marriage and his affair with Mabel Loomis Todd eventually gave rise to the bitter disputes over the disposition of property and the guardianship of Emily’s poetic legacy that erupted after his death. In Liebling’s evocative photographs, the stark austerity of the Homestead and the decaying opulence of the Evergreens offer new insights into the home life that shaped a poet. Three of the foremost scholars of Dickinson’s life and work have contributed essays that explore the history and legacy of these two dwellings. Polly Longsworth, who wrote the definitive account of Austin’s affair with Mabel Loomis Todd and who is at work on a major new biography of the poet, reveals some of the information her researches have brought to light -- including a new recognition that Dickinson’s anxiety problems were a real and integral condition of her existence, an understanding that demystifies some of the more enigmatic aspects of her life, including her refusal to publish. Barton Levi St. Armand, meanwhile, shares the remarkable and previously untold inside story of Mary Hampson, the last resident of the Evergreens, and of the lives connected with the house over the last century; it was through the efforts of Hampson -- the heir of Austin’s daughter -- that the Evergreens was saved from destruction and is now (like the Homestead) open to the public. Finally, Christopher Benfey offers an insightful appreciation of Liebling’s photographs and the light they shed on Dickinson and her work; he teases out surprising but convincing affinities between the poems and the art of photography. The heart of this book is the one hundred plus photographs through which Jerome Liebling expands our understanding of Emily Dickinson’s world and life. "You might say that the three essays are extended captions," says Benfey in his introduction, "taking their prompting and provocation from the images."