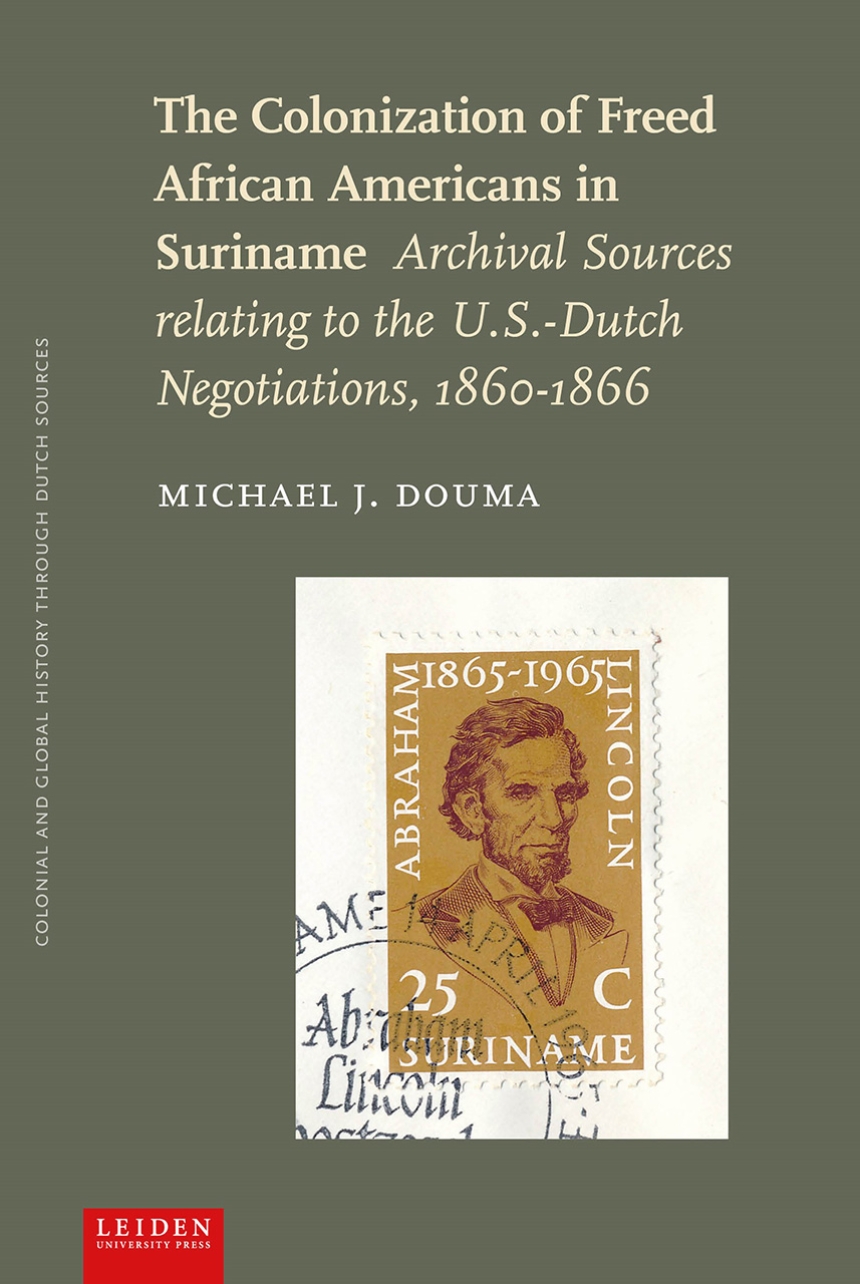 The Colonization of Freed African Americans in Suriname

The Colonization of Freed African Americans in Suriname

During the American Civil War, President Abraham Lincoln’s administration engaged in protracted negotiations with representatives of the Netherlands to aid in the voluntarily colonization of free African Americans to Suriname. Scores of diplomatic letters in Dutch, English, and French, dating to the period 1862 to 1866 attest to the very real possibility that such migration stream could have become a reality. They also indicate reasons why this scheme failed: it was bogged down by differences of opinion, mail delays, and ultimately a reluctance of any African Americans to migrate. Previously unpublished and unknown, these letters have been transcribed and translated here for the first time. The sources provide a rare look inside the minds of liberal government officials during the age of emancipation in the Atlantic World. They demonstrate the officials’ humanitarian concerns, their racial prejudices, respect for legal order and process, and faith in governments to solve international problems.

“The Age of Abolition was a period when states a colonial empires were desperate to continue the supply of labour to growing plantation industries. It was also a period when former slaves began to assert their rights as citizens. This collection of sources give insight into how entrepreneurs and state officials engaged in international relations to solve the challenges of their time. The collection is also a reminder that avenues not taken—the migration of free Afro-Americans to Suriname —are crucial to understand the history of this period."

“This collection of sources is a very welcome addition to Surinamese and Caribbean historiography. The negotiations between the Netherlands and the United States shed light on a understudied topic; it is surprising how little we know about these crucial years of abolition beyond the actual abolition of slavery and the remuneration of the owners. The topic plus the translations into English make this publication a valuable contribution to pan-Caribbean history as it will help students and scholars to look beyond the borders of empire and will invite connecting perspectives on colonization plans for and by formerly enslaved African Americans.
What make these papers even more interesting is that the abolition processes in the USA and Suriname coincided.”