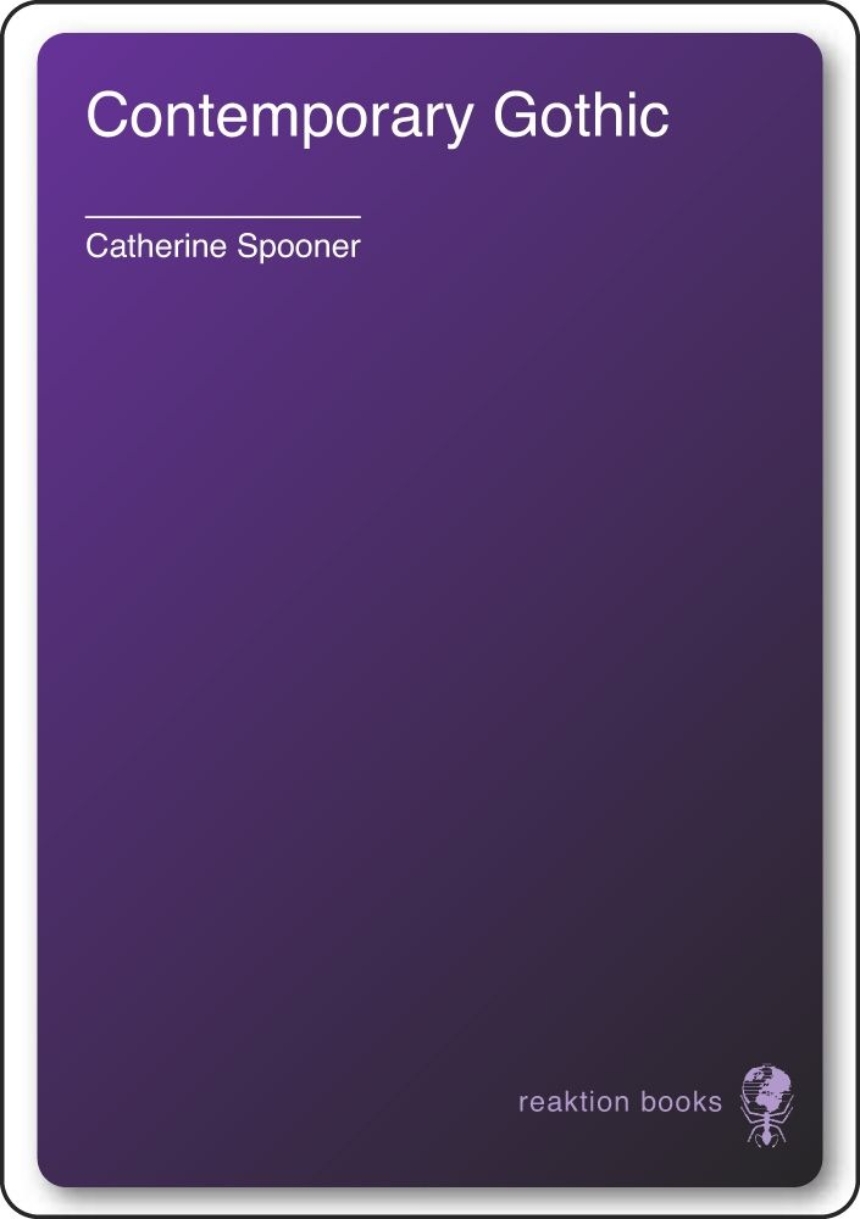 Modern Gothic culture alternately fascinates, horrifies, or bewilders many of us. We cringe at pictures of Marilyn Manson, cheer for Buffy in Buffy the Vampire Slayer, and try not to stare at the pierced and tattooed teens we pass on the streets. But what is it about this dark and morbidly morose aesthetic that fascinates us today? In Contemporary Gothic, Catherine Spooner probes the reasons behind the prevalence of the Gothic in popular culture and how it has inspired innovative new work in film, literature, music, and art.

Spooner traces the emergence of the Gothic subculture over the past few decades and examines the various aspects of contemporary society that revolve around the grotesque, abject, and artificial. The Gothic is continually resituated in different spheres of culture, she reveals, as she explores the transplantation of the “street” Goth style to haute couture runway looks by fashion designers. The Gothic also appears in a number of surprisingly diverse representations, and Spoonerconsiders them all, from the artistic excesses of Jake and Dinos Chapman to the fashions of Alexander McQueen, and from the mind-bending films of David Lynch to the abnormal postmodern subjects of Joel-Peter Witkin’s photography.

In an engaging way, Contemporary Gothic argues that this style ultimately balances a number of contradictions—the grotesque and incorporeal, authentic self-expression and campiness, mass popularity and cult appeal, comfort and outrage—and these contradictions make the Gothic a crucial expression of contemporary cultural currents. Whether seeking to understand the stories behind the TV show Supernatural or to extract deeper meanings from modern literature, Contemporary Gothic is a lively and virtually unparalleled study of the modern Gothic sensibility that pervades popular culture today.

"Why won’t Goth die? In Contemporary Gothic, Catherine Spooner performs a critical vivisection of the Goth subculture aesthetic to isolate the reasons why it eternally resurfaces in marginal and mainstream contemporary culture. Cutting through the subculture’s conventions and clichés, Spooner examines Goth’s roots in the gothic literary tradition while deftly deconstructing some of the more visible examples of Gothic pervasiveness. . . . Spooner also eloquently demonstrates that even commercially marketed and consumed Goth culture provides a vital intelligent, critical counterpoint to the pop, sparkle and giggle of mass popular culture."

"Refreshingly free of the kind of heavy theoretical jargon that would make even the palest goth blanch in dismay."