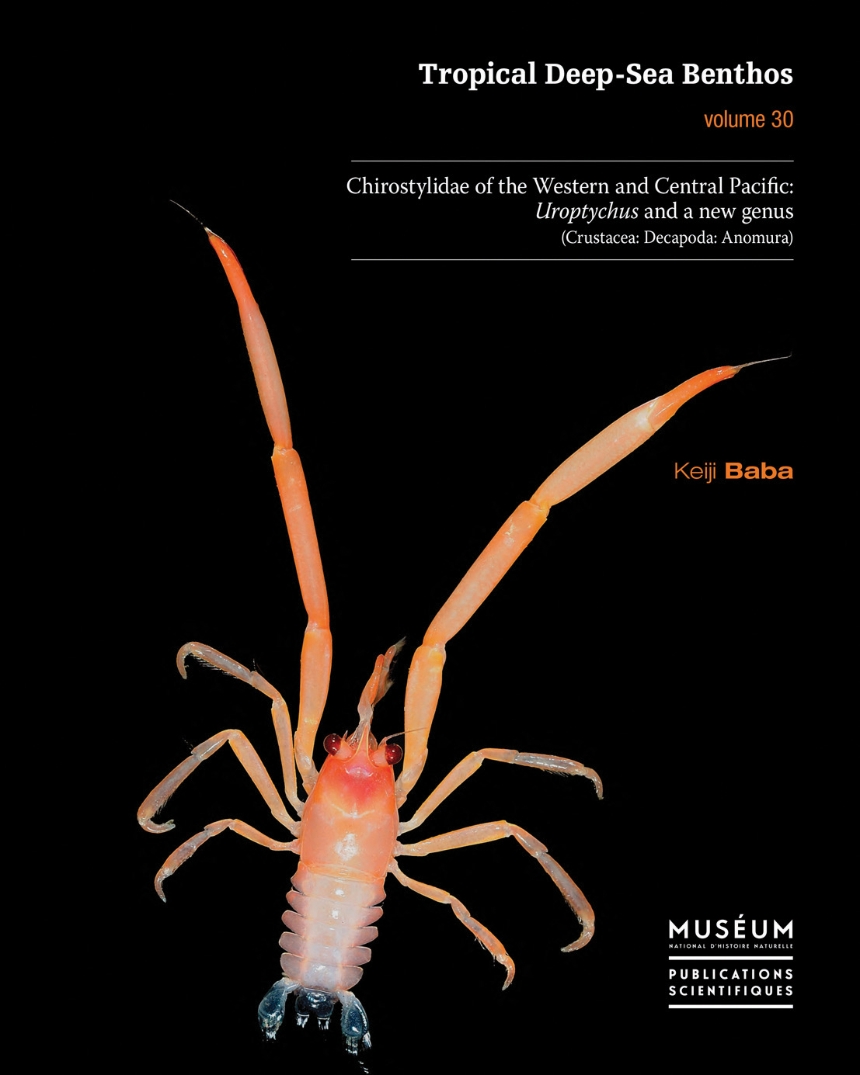 Chirostylidae of the Western and Central Pacific Uroptychus and a new genus (Crustacea: Decapoda: Anomura)

Chirostylidae of the Western and Central Pacific Uroptychus and a new genus (Crustacea: Decapoda: Anomura)

Tropical Deep-Sea Benthos, a continuation of Résultats des Campagnes MUSORSTOM, is a series dedicated to the inventory and description of the deep-sea fauna of the world, with special emphasis on the most extensive, yet remote and least explored, region: the Indo-West Pacific. The comprehensive series of marine expeditions undertaken by the French National Museum of Natural History and the Institut de Recherche pour le Développement continues to collect many new, strange, and sometimes colorful invertebrates.

Among chirostylid squat lobsters of the anomuran Crustacea, the genus Uroptychus is most speciose. The majority of species are common in deep waters, usually found associated with soft corals and black corals, but rarely with sea pens and crinoids. This volume deals with a huge amount of material assembled by numerous French cruises to the Western and Central Pacific. One hundred fifty species are reported from this region, including 106 new species, six of which are placed in a new genus Heteroptychus. More than fifty percent of Indo-West Pacific species are now shown to occur in New Caledonia and the vicinity, demonstrating high species richness in this region.