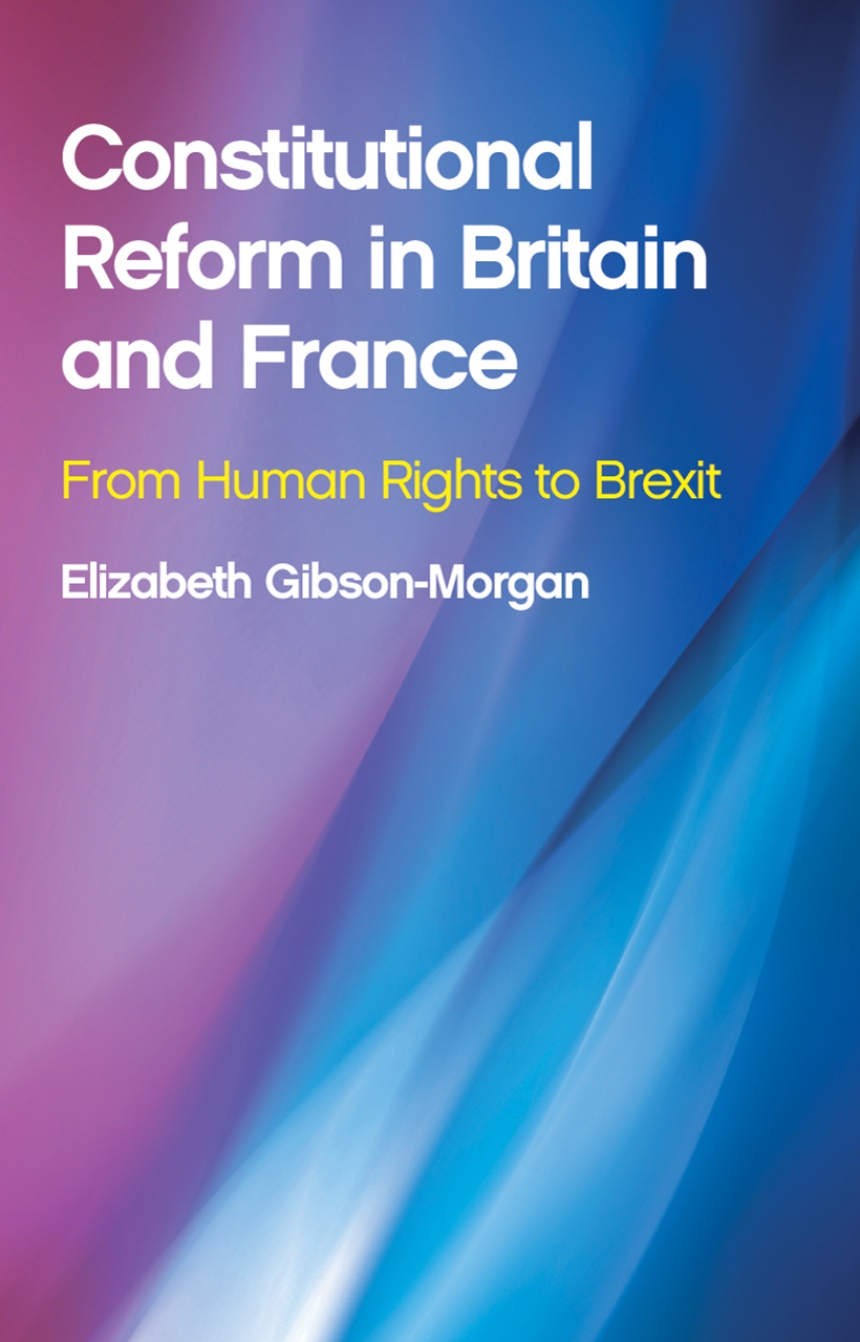 Constitutional Reform in Britain and France

From Human Rights to Brexit

Constitutional Reform in Britain and France

From Human Rights to Brexit

The United Kingdom and France have very distinctive constitutional identities, so a book that compares the two takes on a complicated task. Elizabeth Gibson-Morgan here begins by detailing the two nations' shared historical, political, and cultural background, then goes on to explore the sweeping transformations that their constitutional frameworks have undergone in the past twenty-five years at both national and regional levels, with a particular emphasis on Wales and Scotland. Where Gibson-Morgan truly breaks new ground, however, is in her approach: rather than treat each country separately, she explains the pattern of institutional development in both from a comparative Franco-British perspective.

“‘Comparison illuminates’—this is an absolutely indispensable book for UK, French and comparative constitutional scholars, as well as all those concerned with the present and future politics of each country and Europe as a whole. Elizabeth Gibson-Morgan’s shrewd analysis identifies and explains the key differences in the political and constitutional practices of the two countries and the common challenges they face in the years ahead.”

Chapter Two: The French Presidency and the British Monarchy: Changed and yet Unchanging Institutions

Chapter Three: Emancipating and Reforming Parliaments in France and the United Kingdom

Chapter Five: Devolution in the United Kingdom, a Decentralisation Process in France

Chapter Six: The European Dimension: France and the UK, Partners in Europe

Conclusion: Towards a New Entente Cordiale