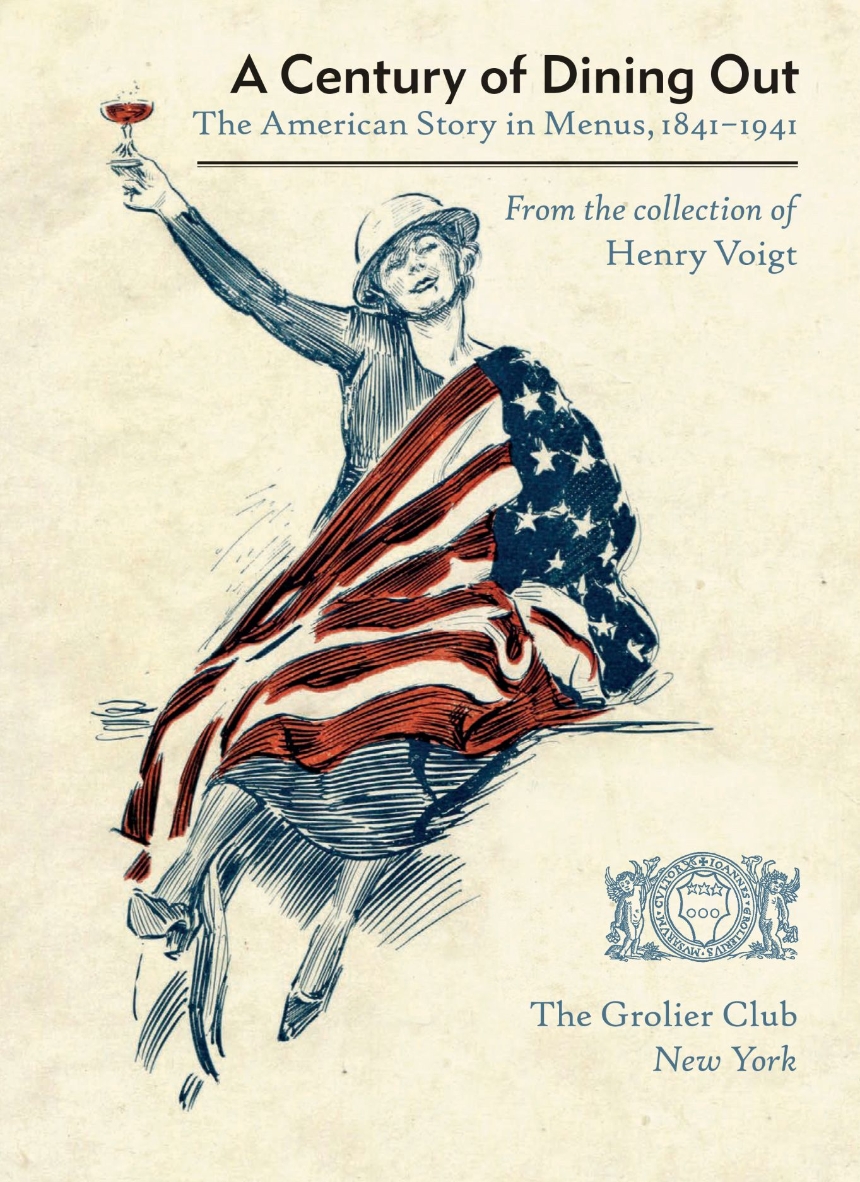 A Century of Dining Out

A Century of Dining Out

With a Foreword by Paul Freedman
A fascinating tour of US history through food, as reflected in a century of restaurant menus.

Menus aid our cultural memory. They provide unwitting historical evidence not only of what people were eating but of how they spent their leisure time, and what they valued. A Century of Dining Out offers a fascinating tour of American culture, using menus as a road map.

As Henry Voigt explains, menus came into use with the nineteenth-century expansion of hotels and restaurants in the United States, a time when service à la russe—serving dishes in courses rather than all at once—was growing in popularity. For the first time, diners were offered choice and anticipation when dining outside the home. Menus were the written record of this novel experience. Throughout the book, Voigt weaves in two pervasive American themes—celebrations of civic progress and the growth of the middle class—to explore how menus have illustrated the quotidian life of US citizens from nearly all social classes. As he shows, menus can be read as markers of technological achievements and major historical events eras, from the Civil War and the Gilded Age to Prohibition and the Great Depression. Illustrated with nearly ninety color images, A Century of Dining Out offers vivid and visually sumptuous proof of the dining table’s unsung importance to US history.