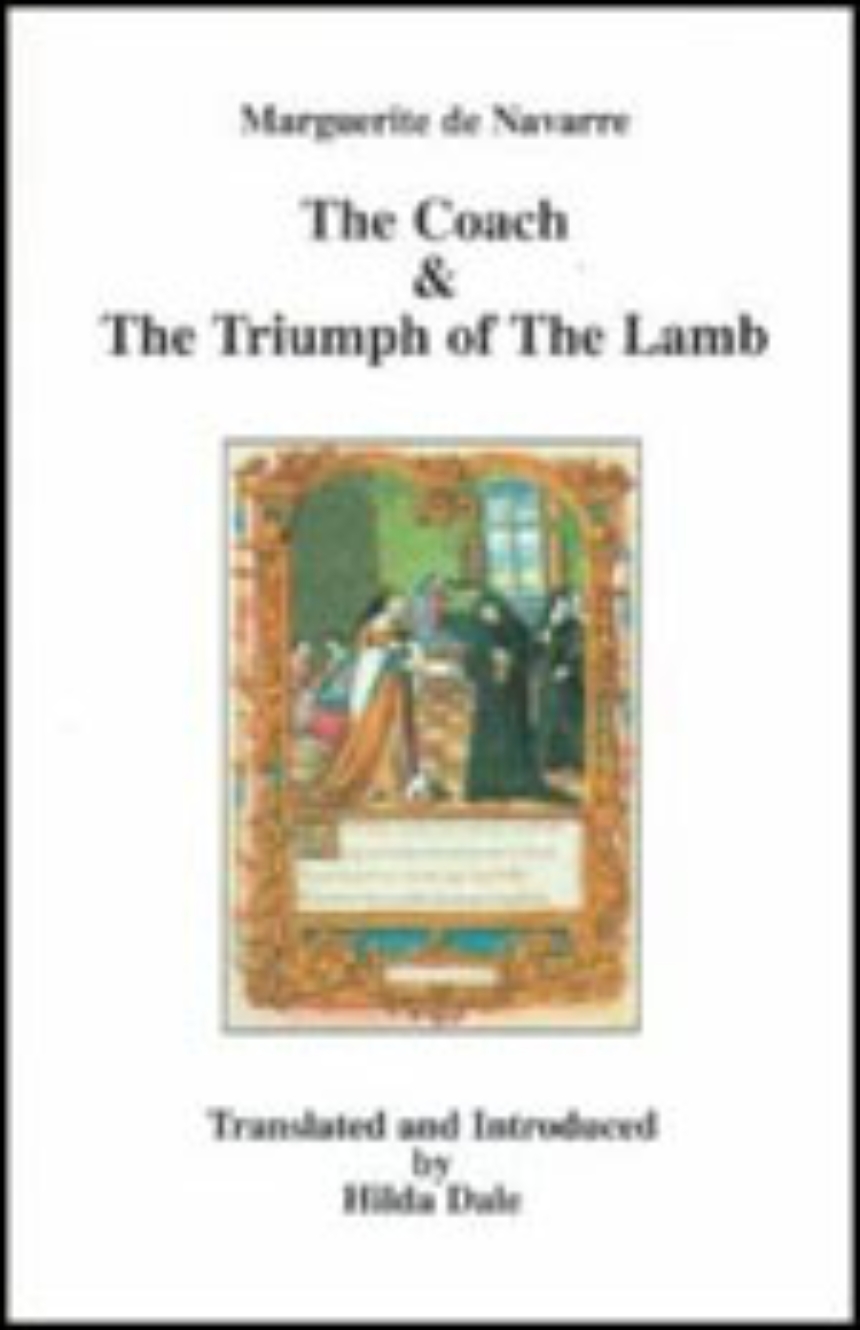 The Coach and The Triumph of the Lamb

Translated and Introduced by Hilda Dale

The Coach and The Triumph of the Lamb

Translated and Introduced by Hilda Dale

These two important contrasting poems, one secular, the other religious, give some idea of the creative powers of one of the most outstanding women of the Renaissance in Europe. As sister of Francis I and later Queen of Navarre, she played an important role in politics and, through her patronage of men of letters and theologians as well as her own writings, she made a significant contribution to the intellectual and religious life of her time. After her death in 1549, her collection of tales, the Heptameron, continued to be read but she was barely remembered as a poet until the manuscript of her longest and greatest poem, Les Prisons, was discovered and published in 1896 by Abel Lefranc. In the last half-century, increasing academic interest and the publication of scholarly editions of her poems ensure better appreciation of the Queen’s gifts as a poet and visionary.

It is hoped that these translations in English verse (like that of Les Prisons) may appeal to readers who could be daunted by the original French.