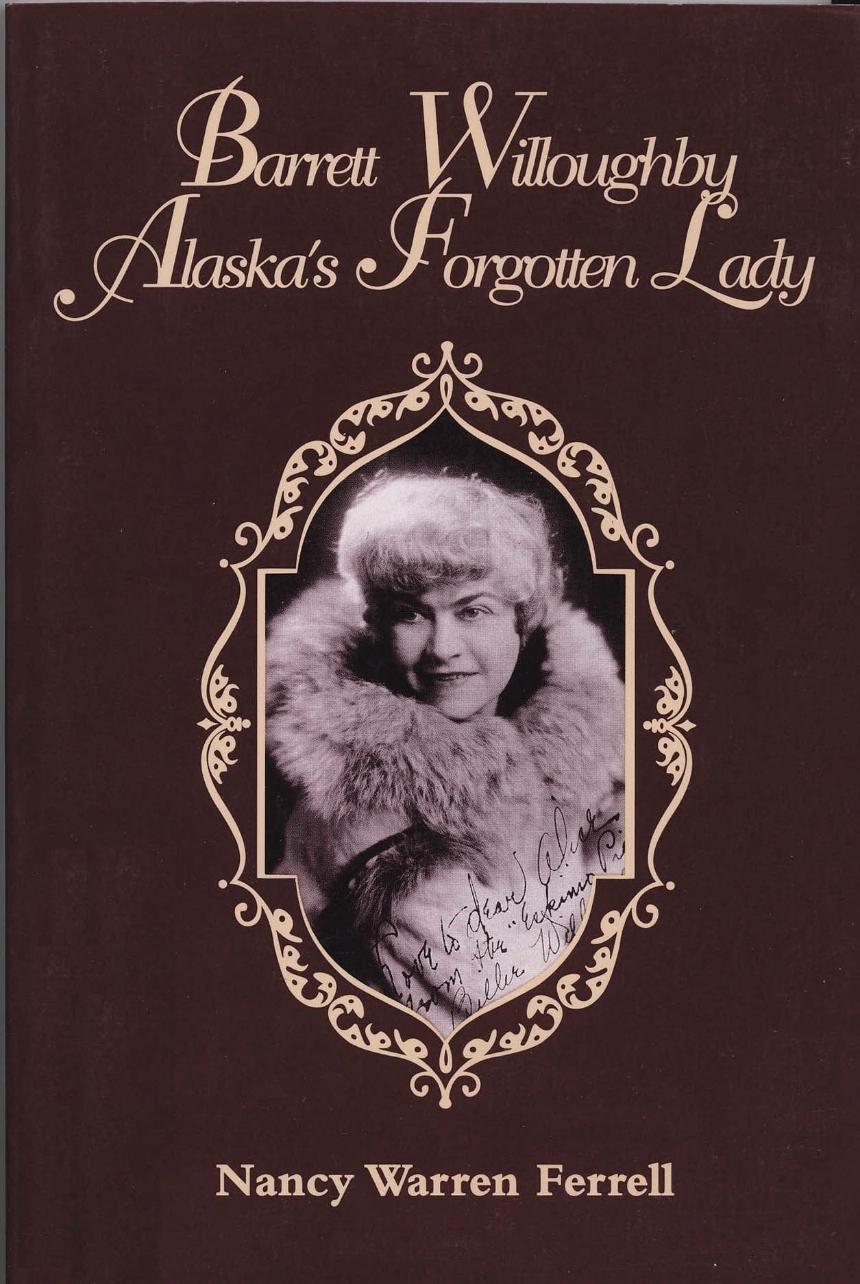 Barrett Willoughby was hailed in her time as "the first real Alaskan novelist," and her works of romantic fiction and nonfiction charmed the national press during the 1920s and 1930s. Starting in early childhood, Willoughby spent many years in Alaska, far more time than did any of her still-famous contemporaries such as Robert Service and Jack London and loved the north passionately. But the north she loved and described vividly was not the harsh and perennially frozen place in which other authors set their tales. "I want to tell the whole world what a beautiful land it is," she told a national radio audience in 1932, "a land of bright courage and joyous living, where everybody had an awfully good time."

Hardworking, intelligent, and stubbornly idealistic, Willoughby made her way to success in what might be seen as doubly a man’s world: she was both a best-selling author and accepted as an Alaskan.