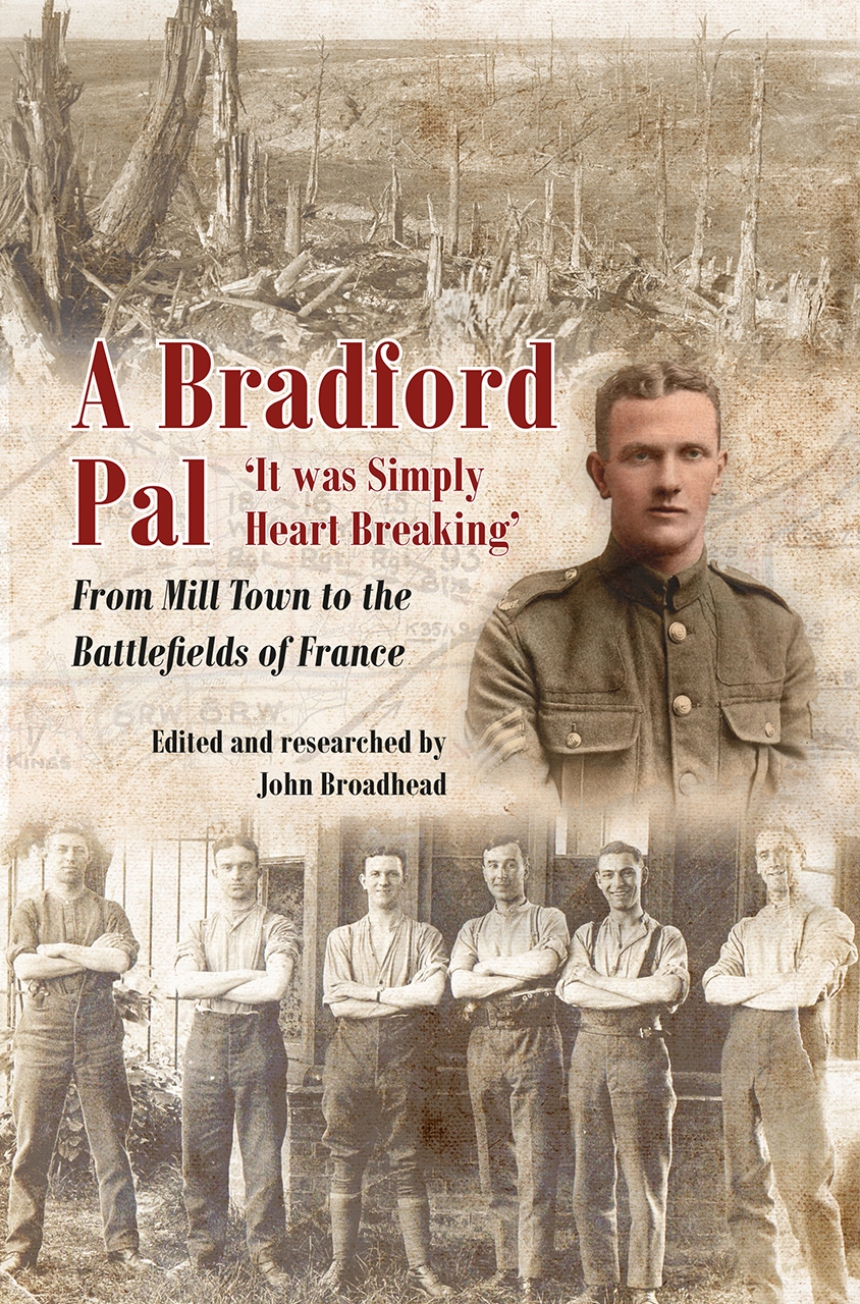 Edited and Researched by John Broadhead

Edited and Researched by John Broadhead

In 1914, the city of Bradford was the world’s leading manufacturer of fine woolen goods. Upon the outbreak of war, and at the urging of the city’s wealthy industrialists, thousands of young men rushed to enlist. Within a matter of months, two volunteer “pals battalions” were formed—battalions comprised of men who enlisted together as long as they could serve together. John Broadhead, the son of a Bradford Pal, tells the story of the battalions and the part played by his father, George William Broadhead, a town hall clerk from Batley.

The author’s research was inspired by his father’s diary of 1916, which he handed to the author shortly before his death in 1980, saying, “Here lad, you might be interested in this.” Like many soldiers, he rarely spoke about the war, but the diary, alongside the author’s use of official records, newspaper reports, and memoirs, reveal the stark horror of what faced the nation’s youth.

Few of the original Pals survived the war, but George Broadhead’s luck held. In 1918, he married a French girl and stayed in France for eighteen years working with the Imperial War Graves Commission—the British institution tasked with burying and commemorating First World War dead and missing soldiers—before returning to his home town to resume his earlier career. He was an ordinary soldier but a quite remarkable person, and this is his story.