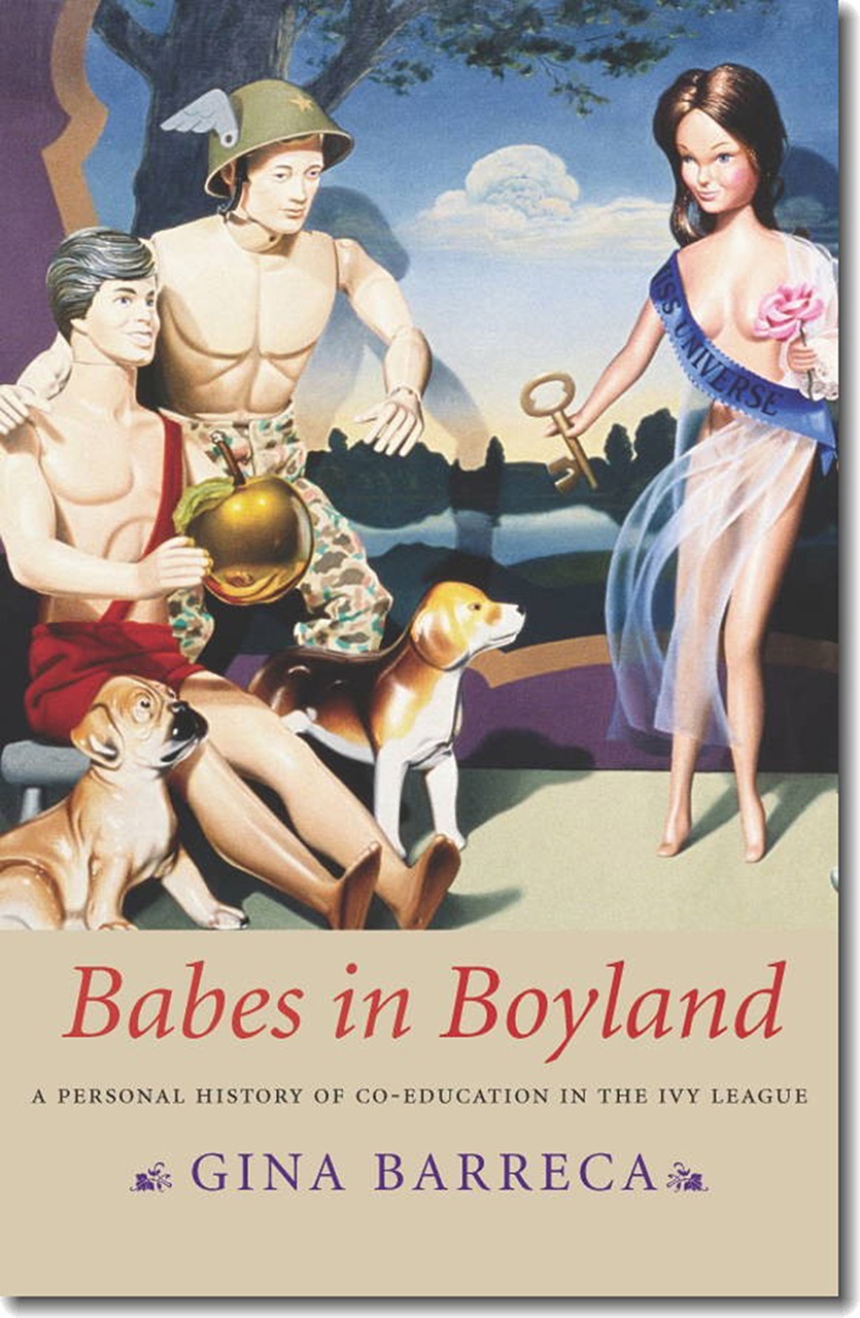 A Personal History of Co-Education in the Ivy League

A Personal History of Co-Education in the Ivy League

Offering a frank and observant look at gender, education, and identity at a critical juncture in the author’s—and America’s—development, Babes in Boyland brings to life a pivotal moment in the history of co-education. It was a time in which hostility to women was still rife (fraternity house banners at Dartmouth read “Better Dead than Co-Ed”), but one that promised equal education to promising young women. Gina Barreca entered Dartmouth College as a freshman in 1975, a few short years after the college became co-educational. As a working-class girl of Italian-French Canadian descent raised in Brooklyn and Long Island, Barreca’s looks and style set her apart from Dartmouth’s blonder, better-heeled undergraduate majority. Barreca’s story begins with a snapshot of her parents—their courtship and marriage, her father’s six-day work week sewing bedspreads and curtains in New York City’s garment district, and her mother’s death from lung and bone cancer a year before Gina receives news of her acceptance to Dartmouth. With the dubious blessing of her Italian aunts (“New Hampshire? You gonna go to school in New Hampshire?”), she leaves Long Island for Hanover, chauffered by her father in their 1967 Buick Skylark. His parting words of advice become a recurring mantra for the anxious freshman: “You can always take the next bus home.” Surveying the campus on her arrival, Barreca is overcome with a paralyzing sense of inadequacy. But as freshman year gets underway, she makes friends, starts an unofficial sorority (Tau Iota Tau, or TIT) and begins to discover the joys of a first-rate education. Over the next three and a half years, self-consciousness gives way to self-confidence as she tests her wit, intellect, and sexuality in an environment more open to self-expression than her hometown. Barreca takes the reader to fraternity parties, dorm gossip sessions, working-class dives, classrooms and dorm rooms. She chronicles the delight of her first romance, the humiliation of her first C-plus, and the first stirrings of feminist consciousness. Her tale winds up in London, where she spent her last semester, choosing to graduate ahead of her class with no formal ceremony. Distancing herself from graduation in this way underscores Barreca’s mixed feelings about her experiences at Dartmouth College, experiences that continue to inspire, haunt, and shape her writing, her teaching, and her life.