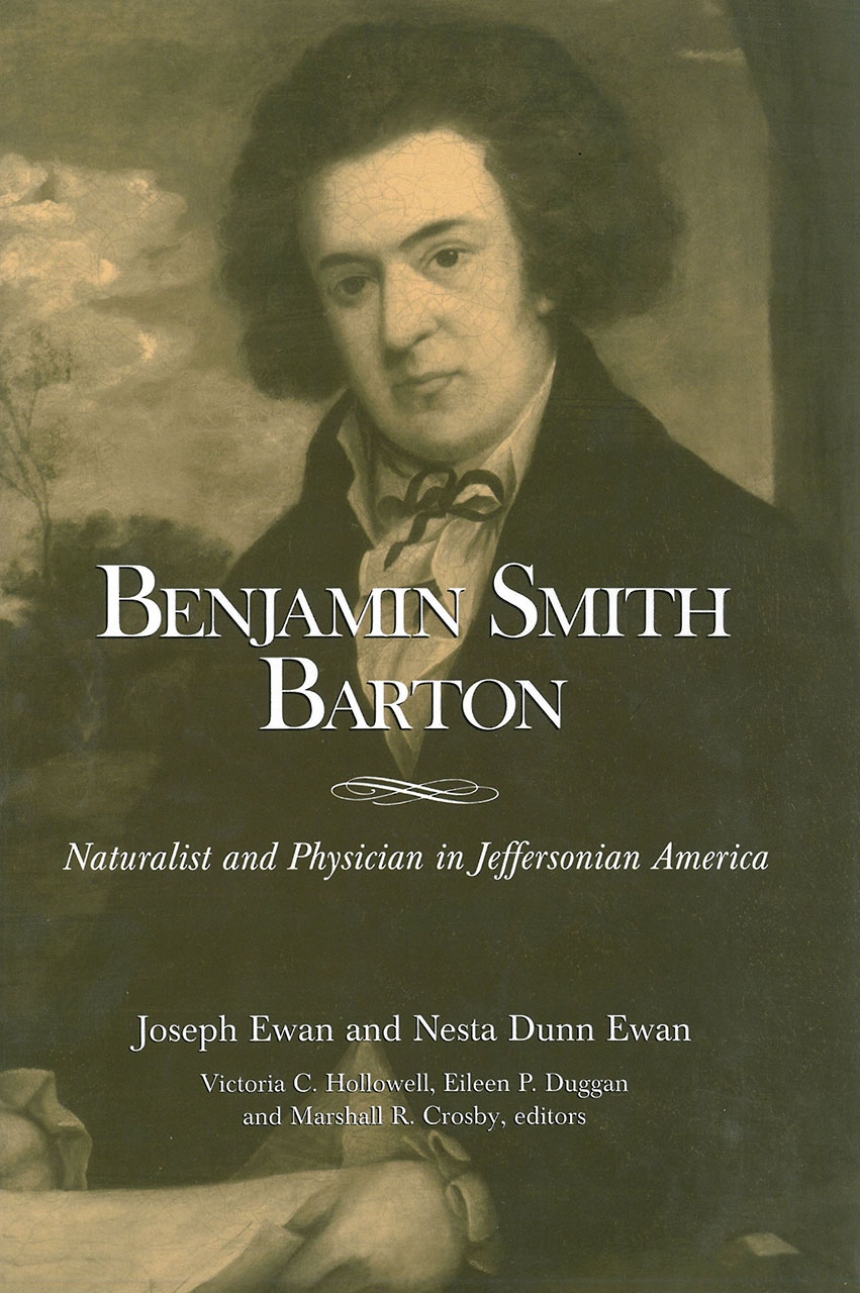 Naturalist and Physician in Jeffersonian America

Naturalist and Physician in Jeffersonian America

Benjamin Smith Barton (1766-1815) was trained as a physician but is best known as the first professional naturalist in the United States. Barton’s wide-ranging interests were equaled by his voluminous correspondence to contemporaries including Thomas Jefferson, Alexander von Humboldt, and Thomas Pennant, which offers pivotal insights into the early natural sciences in the United States. Benjamin Smith Barton: Naturalist and Physician in Jeffersonian America reveals the breadth of Barton’s interests, highlights his notable contribution to the nascent scientific community in the United States, and displays the remarkable diversity of organisms, extant and fossil, that passed through Barton’s hands as the American continent opened to exploration. The text is complemented by valuable supplemental resources, including genealogical information and charts, a bibliography of Barton’s writings, and separate indices of flora, fauna, and people discussed in the text.