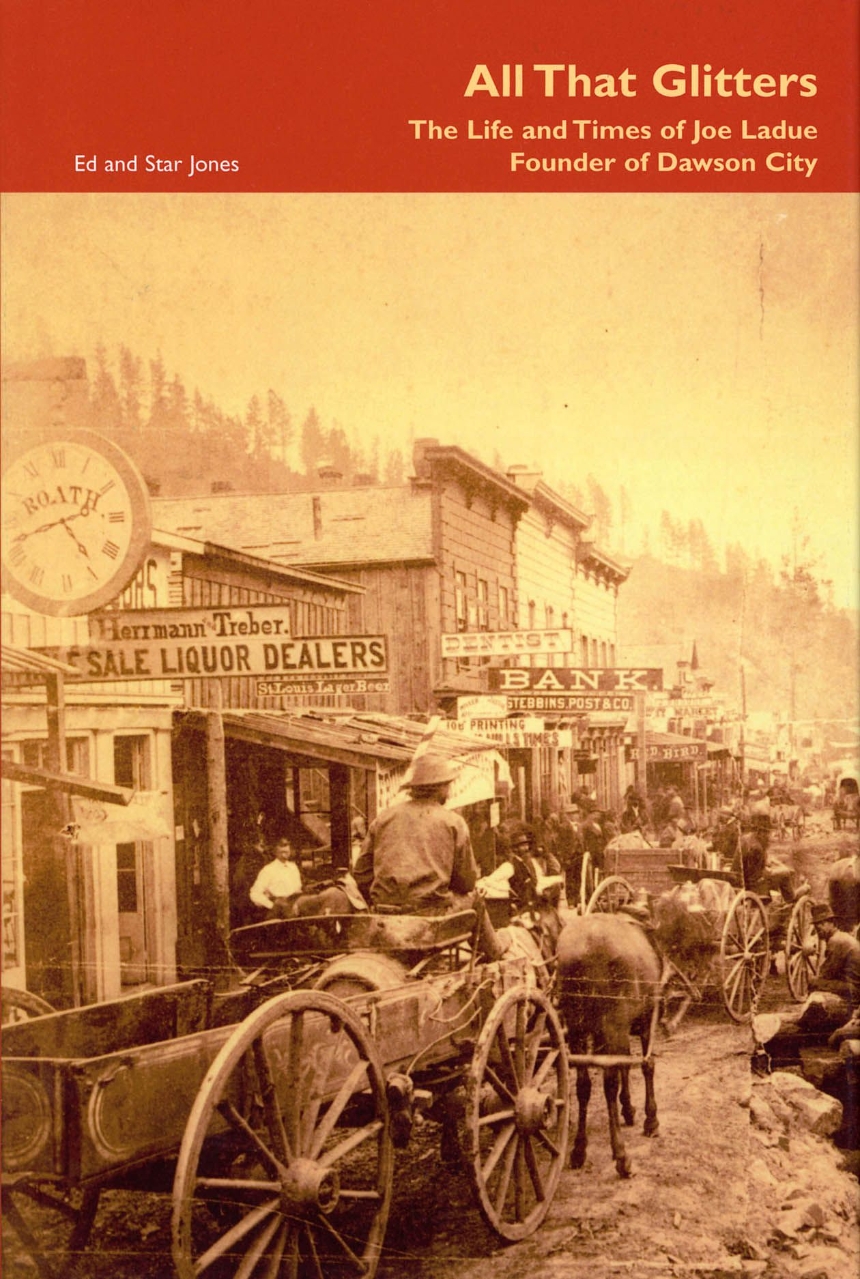 The Life and Times of Joe Ladue, Founder of Dawson City

The Life and Times of Joe Ladue, Founder of Dawson City

Like many men of the nineteenth century, Joseph Francis Ladue (1854–1901) sought to rise from humble origins to a position of wealth—by way of the motherlode. His quest took him to the dusty, rowdy boomtowns of Deadwood and Tombstone and the unexplored territory of Canada’s Yukon. There, for fifteen years, he worked as a prospector, trader, miner, and promoter of the Yukon Valley. When gold was discovered in the Klondike, Ladue founded Dawson City, one of the most important commercial centers during the heady days of the Klondike gold rush. Painstakingly researched, All That Glitters brings readers the exciting, vivid life story of this Northern pioneer.

Dawson and the Ladue Company after Joe’s Death