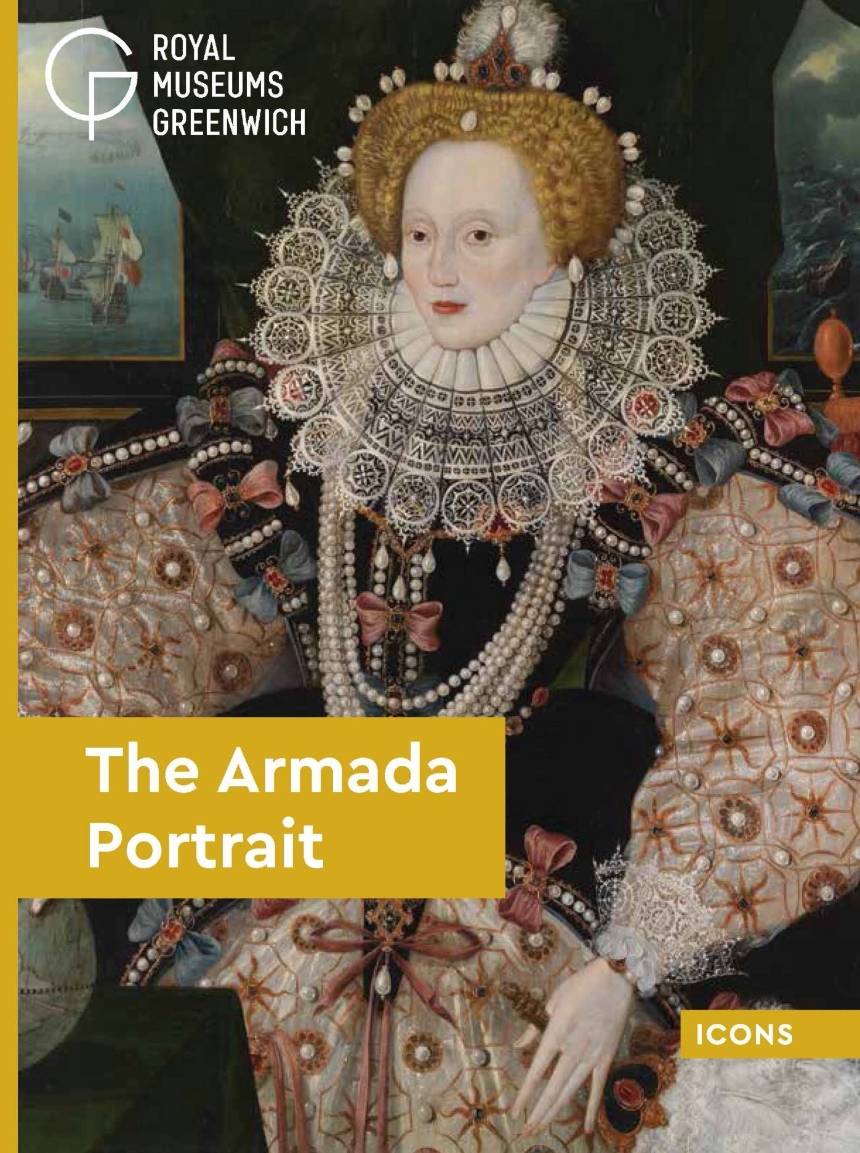 There is hardly a statement of power and authority in British history as blunt as the so-called “Armada Portrait.” The unforgettable painting depicting Queen Elizabeth I (1533–1603) commemorates the most famous conflict of her reign—the great sea battle of 1588. It was then that the English fleet successfully defeated the invading Spanish Armada, which had been sent to overthrow Elizabeth. The portrait is arguably the most recognizable depiction of the Tudor queen. Still, it is also a complex, multi-layered representation of the iconography of Elizabeth I, as the “Empresse of the world” and the “Virgin Queen.” Each of the three surviving versions of the portrait includes symbolism that illustrates Elizabeth’s victory. The painting, as an outstanding historical document, summarizes the hopes and aspirations of the state, and Elizabeth as its head, at a watershed moment of history.

In The Armada Portrait, Christine Riding takes the reader on a journey through the painting’s history rendered possible thanks to the discoveries made during the most recent conservation work. The illustrated guide to the impressive “Armada Portrait” gives an overview of the context, creation, and significance of the portrait, alongside an evaluation of Elizabeth’s legacy. Not leaving any topics untouched, The Armada Portrait reveals how the painting has inspired and informed countless portrayals of Elizabeth I in film, theater, and television.