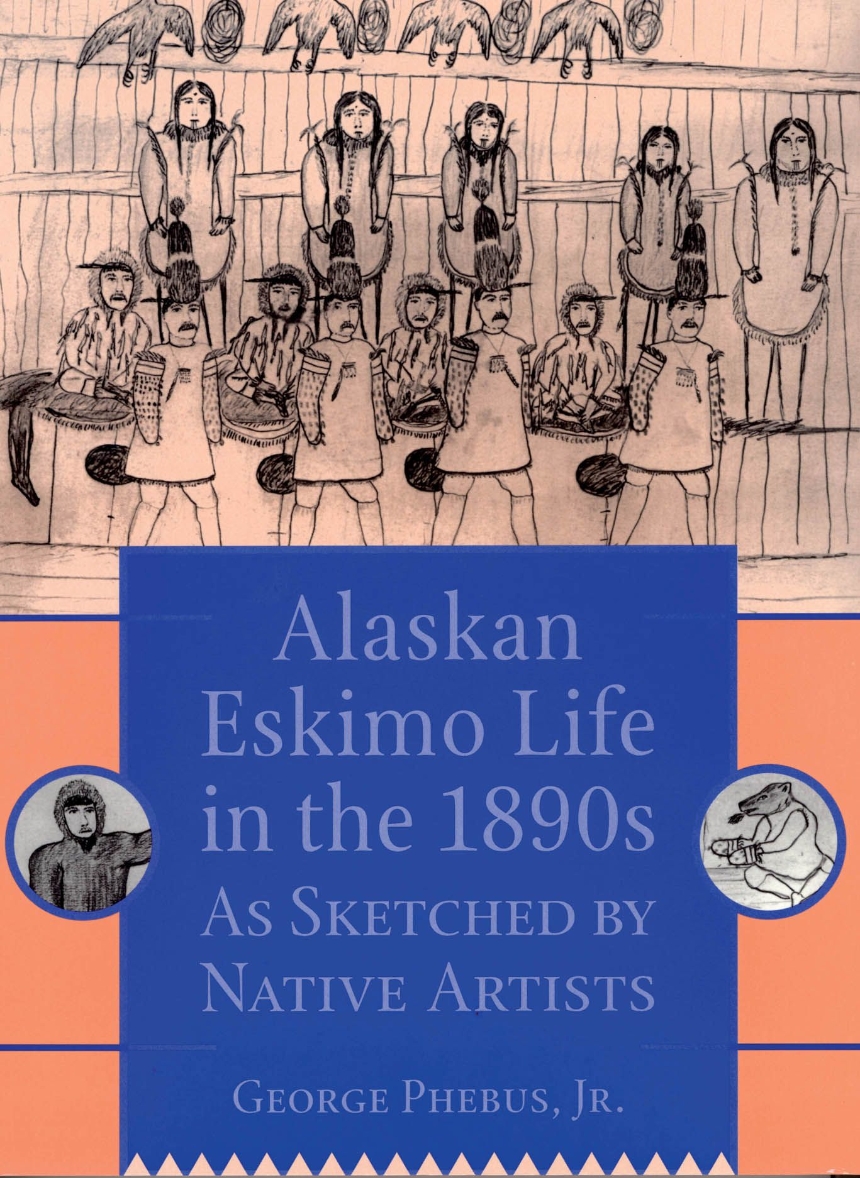 As Sketched by Native Artists

As Sketched by Native Artists

In this book, originally published in 1972 by the Smithsonian Institution Press, the author presents a valuable study of the cultural context illustrated by the drawings and paintings discovered during the summer of 1967. Found in an old storage unit at the Smithsonian’s Department of Anthropology in the National Museum of Natural History, the sketches depict various scenes of Eskimo life as drawn by Natives in the artwork used in printing early publications of the Smithsonian’s Bureau of American Ethnology. The sketches were mounted on large cardboard posters and labeled "Education in Alaska," and were attributed to the United States Bureau of Education.

George Phebus took an interest in the sketches, but attempts to research their origin resulted in meager historical and geographical data. Phebus concluded that the art was a product of various students in public and private schools in northwestern Alaska during the 1890s and observes, "Their greatest value lies in their providing us with a pictorial record of Alaskan Eskimo life as depicted by native artists just prior to the drastic changes of the 20th century."