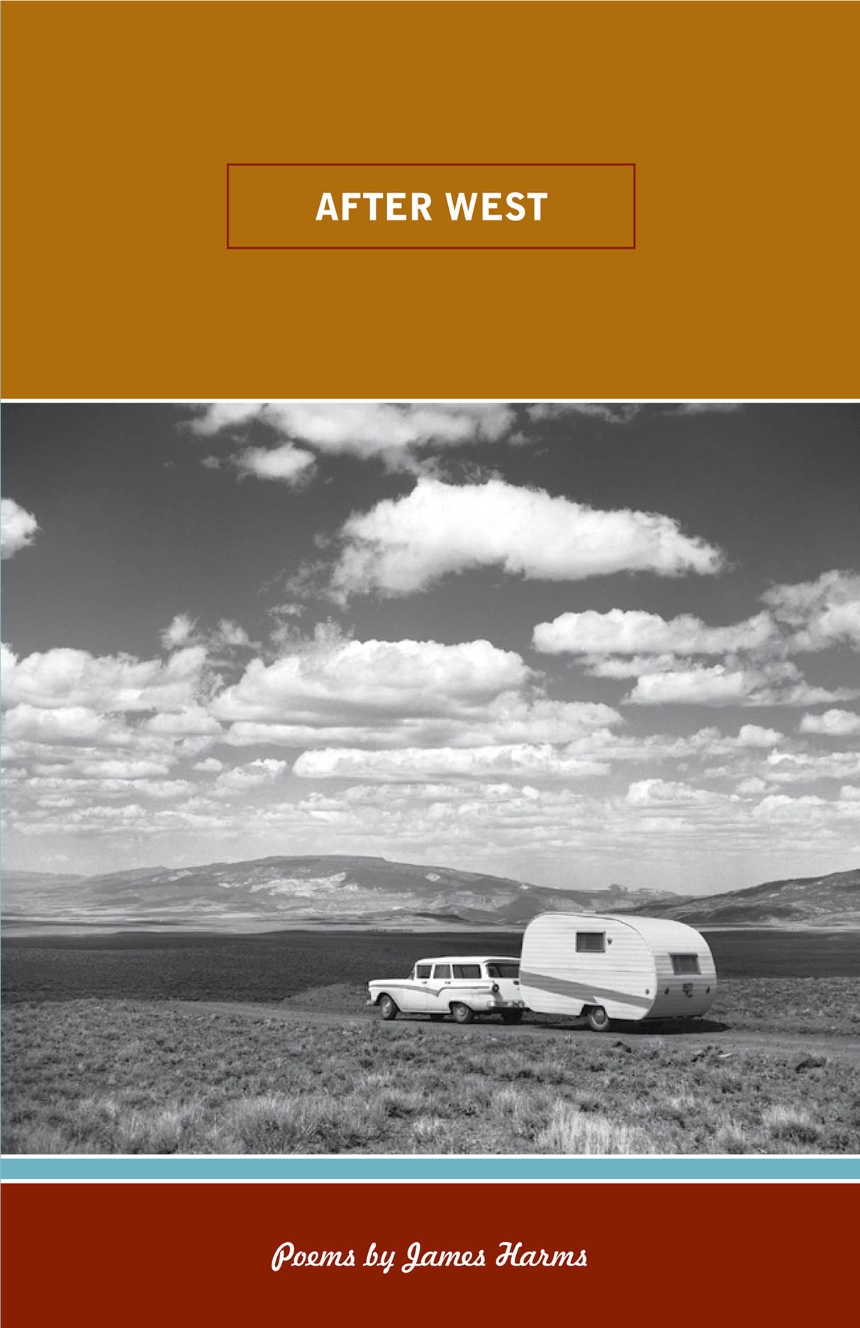 The title of James Harms’ latest collection, After West, is both deliberately nonsensical and assertively plain: west is a direction, there is nothing after it; but west is also a concept, a symbol that means all that it ever has, and yet seems suddenly, and oddly, imprecise. As a native Californian now living in West Virginia, Harms is fascinated and frustrated by the way contemporary American culture has rechanneled and reinvented the frontier spirit, an aspect of our national identity that has clearly evolved from the literal to the metaphorical. In these poems he enacts a verbal response to the condition of change, (perhaps the central anxiety of our culture) which might be best observed in the laboratory of California, where the spirit of exploration reached a geological endpoint, and where it now confronts a sea of ennui and paranoia instead of the actual Pacific.