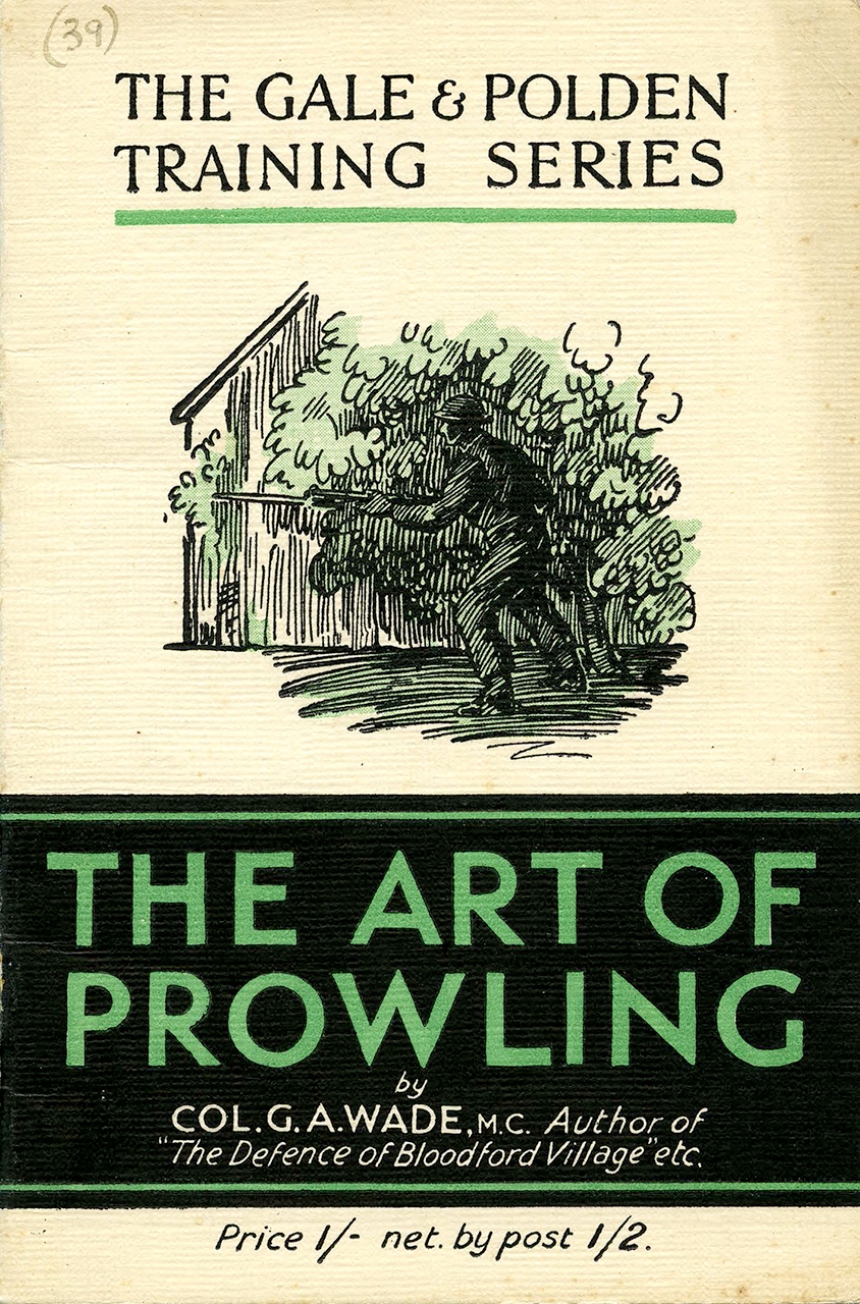 The Art of Prowling

The Art of Prowling

In the run-up to World War II, the British government published a number of training booklets for the newly recruited Home Guard, covering everything from house-to-house fighting to patrol tactics. In this book, perhaps the most unusual of the batch, trainees are instructed in the art of sneaking up on the enemy undetected. In its pages, simple text and illustrations showed recruits how to avoid attracting attention, and why they should never under-estimate a German spy. “It is extraordinary how reluctant the British soldier is to show cunning,” laments Colonel G. A. Wade, who goes on to try his best to instill it in his troops. This striking, strange artifact will amuse and educate history buffs and fans of World War II ephemera.