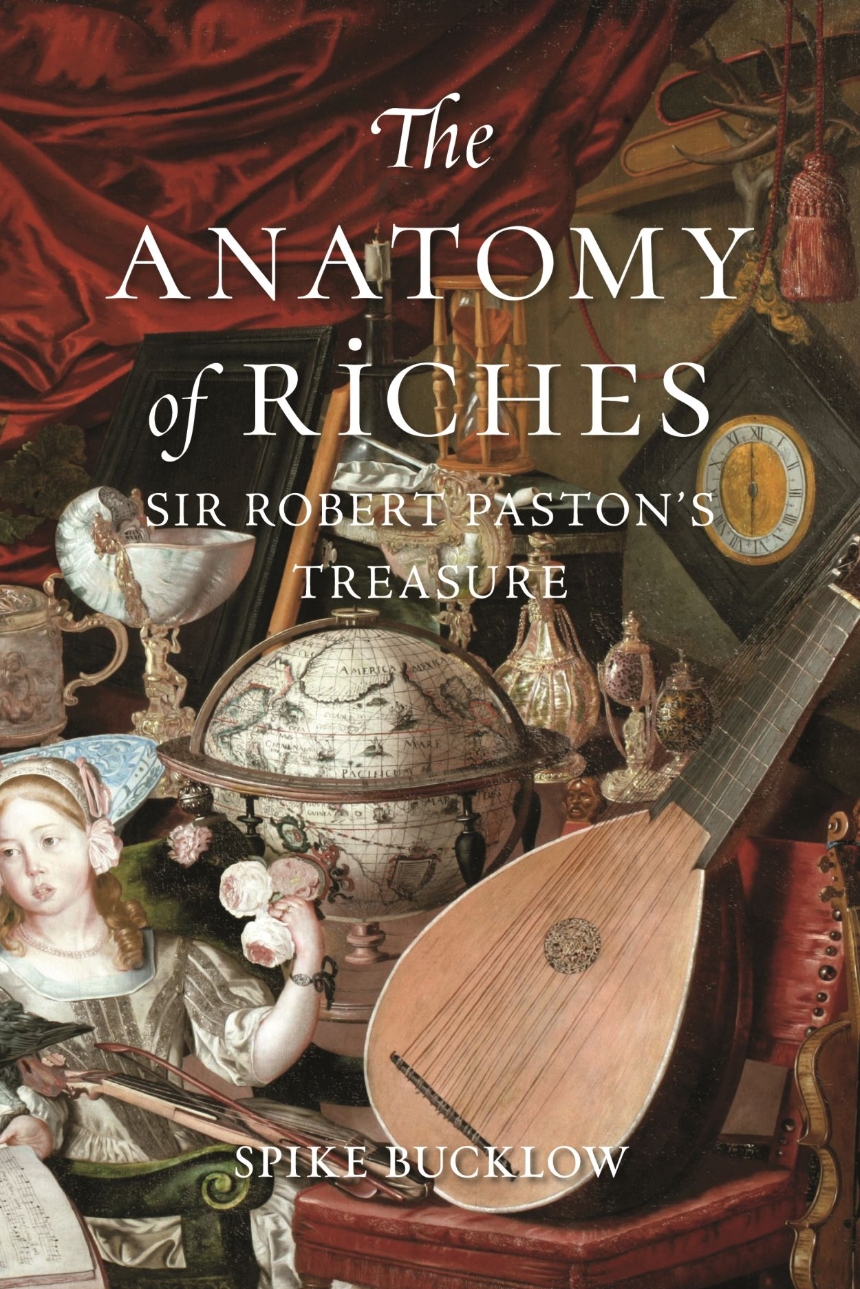 The Anatomy of Riches

The Anatomy of Riches

The Anatomy of Riches tells the story of one British family’s long, hard rise from rags to riches—and their rapid reversal of fortune. Focusing on the seventeenth-century life of Sir Robert Paston, an avid collector of natural and manmade rarities who experienced the family’s fall from grace, Spike Bucklow paints an engaging portrait of one family’s eccentricities of richness at a time of momentous change.

Beginning with the travels of Sir Robert’s father Sir William, the Paston wealth brought luxuries from across the globe to an idyllic retreat in rural Norfolk. There, the family commissioned Europe’s finest craftsmen to enhance their exotic rarities, a trove of objects that included everything from musical instruments to bejeweled ostrich eggs and nautilus shell goblets. The lavish hospitality of the Paston family was renowned throughout England, but the English Civil War and plague tore the country apart, and peace-loving Sir Robert was assailed by what he called a “whirlpool of misadventures.” As the dawn of the modern era saw the beginning of the family’s loss of fortune, Sir Robert kept faith and worked tirelessly to protect his wife and children. Encouraged by his friend Dr. Thomas Browne, he even found time to pursue his own idiosyncratic interests, employing both an alchemist in search of the Philosophers’ Stone and an artist to capture his favorite treasures in an enigmatic still life, The Paston Treasure. Exploring the Paston family’s history through their collection and this famed painting, The Anatomy of Riches offers a history of both early modern England and the modern world’s birth-pangs.

"If any painting can bear examination across the length of a whole book, it is this one, and Bucklow is extraordinarily well placed to delve into its mysteries. He is that rare kind of expert who brings both practical and academic expertise to bear on their topic. As part of the team behind the Treasure’s recent four-year restoration, he knows more about its material composition than almost anyone else, and has looked at it longer and deeper than even the most attentive of art historians can usually claim for their objects. . . . It is no surprise that, like his previous books, The Anatomy of Riches is inflected by a combination of technical knowledge and personal insight . . . Like the Treasure, it is jammed with fascinating stuff."

"With its strange array of figures and objects, The Paston Treasure is one of the most memorable seventeenth-century paintings in Britain. Bucklow delves into its enigmas to produce a compelling portrait of the man who commissioned it, and his world."

"Ranging in scope from family history and deep philosophical inquiry to personal conflict, exotic travel, and the fate of Royalist gentry in the violence of civil war, this book offers an indispensable guide to the cosmos and the culture of early modern England and the wider universes which it desired, studied, collected, and brought to life."

Simon Schaffer, professor of history of science, University of Cambridge