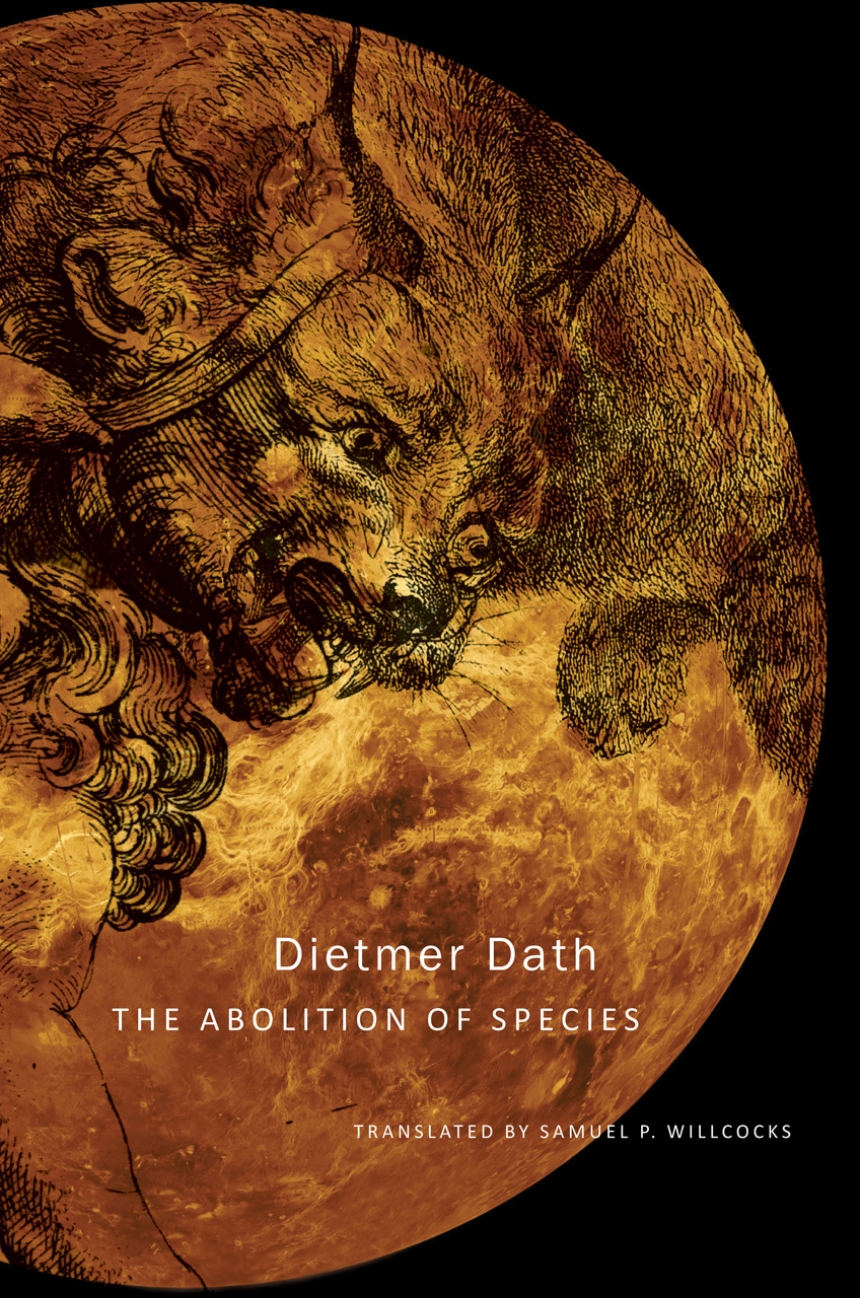 The Abolition of Species

The Abolition of Species

Translated by Samuel P. Willcocks
The world as we know it is over. Man’s reign on earth has come to an end, and the reign of the animals has begun. The indifferently wise Cyrus Golden the Lion rules the three-city state that is now what remains of Europe. Yet, other forces stir while the king of beasts sleeps—the last struggling human resistance, the Atlanteans with their mysterious undersea plans; the factions of Badger, Fox and Lynx within the empire itself; and, in the jungles across the ocean, a ceramic form of postbiological life. Welcome to the setting of Dietmar Dath’s futuristic novel, The Abolition of Species, presenting an imaginative and highly original take on the decline and rebirth of civilization.

Cyrus the Lion sends the wolf Dmitri Stepanovich on a diplomatic mission, and in the course of his journey he discovers truths about natural history, war, and politics for which he was unprepared. The subsequent war that breaks out in The Abolition of Species will come to span three planets and thousands of years—encompassing treachery and massacres, music and mathematics, savagery and decadence, as well as the terraformation of Mars and Venus and the manipulation of time itself. By turns grandiose, horrific, erotic, scathing, and visionary, The Abolition of Species is a tale of love and war after the fall of man and an epic meditation on the theory of evolution unlike any other.

One of Germany’s most celebrated contemporary writers, Dath has distinguished himself through works that deftly combine popular culture—particularly music—with left-wing politics and the fantastic. The Abolition of Species embodies the best of what Dath is known for and will cement his reputation among English readers excited to discover one of the freshest voices in contemporary literature.

“Dietmar Dath joins the tradition of Voltaire and Jules Verne, of Thomas Morus and Mary Shelley. His novel tells of the downfall and rebirth of civilisation. It is a fantastic love song, an epic meditation on the theory of evolution.”

“The Abolition of Species is the magnum opus by Dietmar Dath: A book, somewhere between Douglas Adams, George Orwell, and Philip K. Dick.”