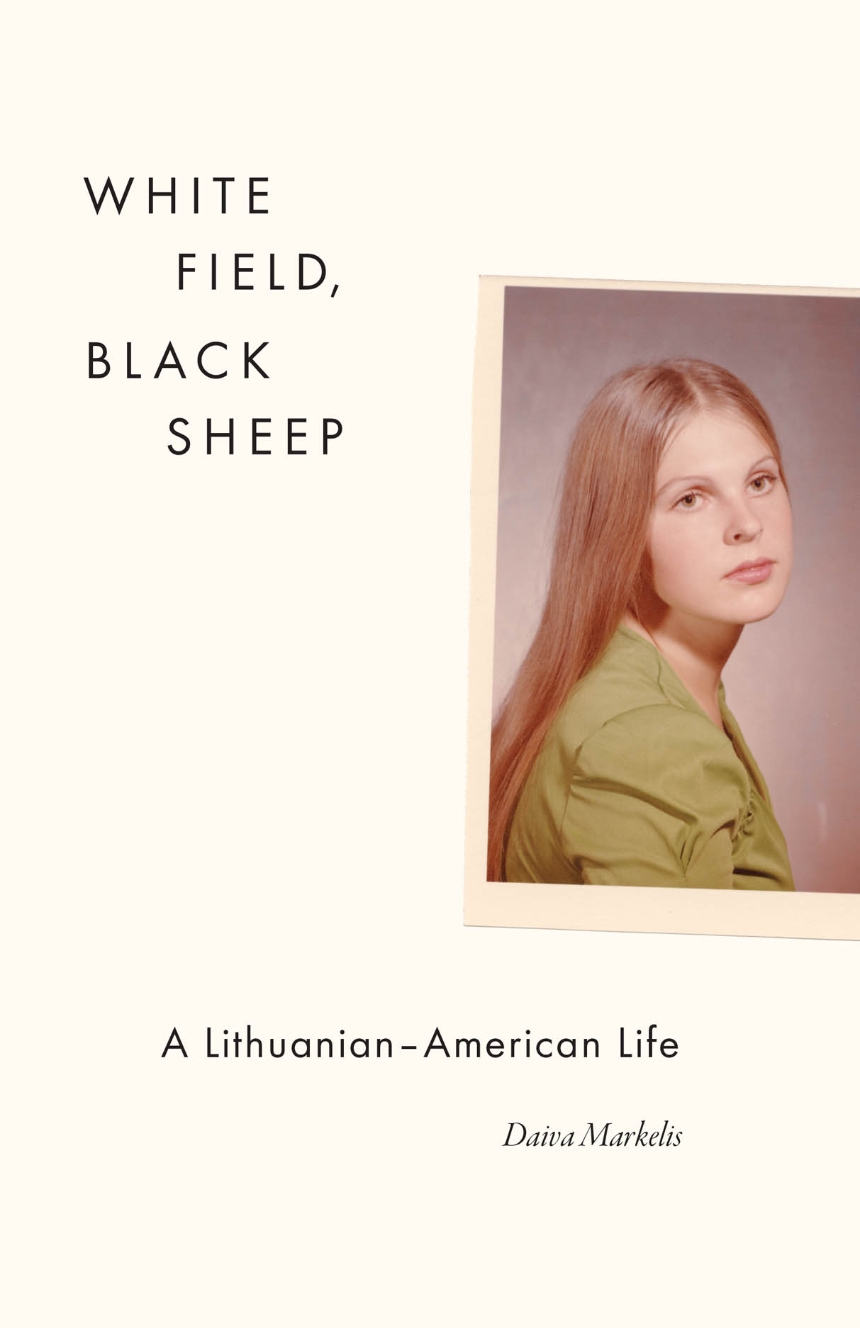 Her parents never really explained what a D.P. was. Years later Daiva Markelis learned that “displaced person” was the designation bestowed upon European refugees like her mom and dad who fled communist Lithuania after the war. Growing up in the Chicago suburb of Cicero, though, Markelis had only heard the name T.P., since her folks pronounced the D as a T: “In first grade we had learned about the Plains Indians, who had lived in tent-like dwellings made of wood and buffalo skin called teepees. In my childish confusion, I thought that perhaps my parents weren’t Lithuanian at all, but Cherokee. I went around telling people that I was the child of teepees.” So begins this touching and affectionate memoir about growing up as a daughter of Lithuanian immigrants.

Markelis was raised during the 1960s and 1970s in a household where Lithuanian was the first language. White Field, Black Sheep derives much of its charm from this collision of old world and new: a tough but cultured generation that can’t quite understand the ways of America and a younger one weaned on Barbie dolls and The Brady Bunch, Hostess cupcakes and comic books, The Monkees and Captain Kangaroo. Throughout, Markelis recalls the amusing contortions of language and identity that animated her childhood. She also humorously recollects the touchstones of her youth, from her First Communion to her first game of Twister. Ultimately, she revisits the troubles that surfaced in the wake of her assimilation into American culture: the constricting expectations of her family and community, her problems with alcoholism and depression, and her sometimes contentious but always loving relationship with her mother.

Deftly recreating the emotional world of adolescence, but overlaying it with the hard-won understanding of adulthood, White Field, Black Sheep is a poignant and moving memoir—a lively tale of this Lithuanian-American life.