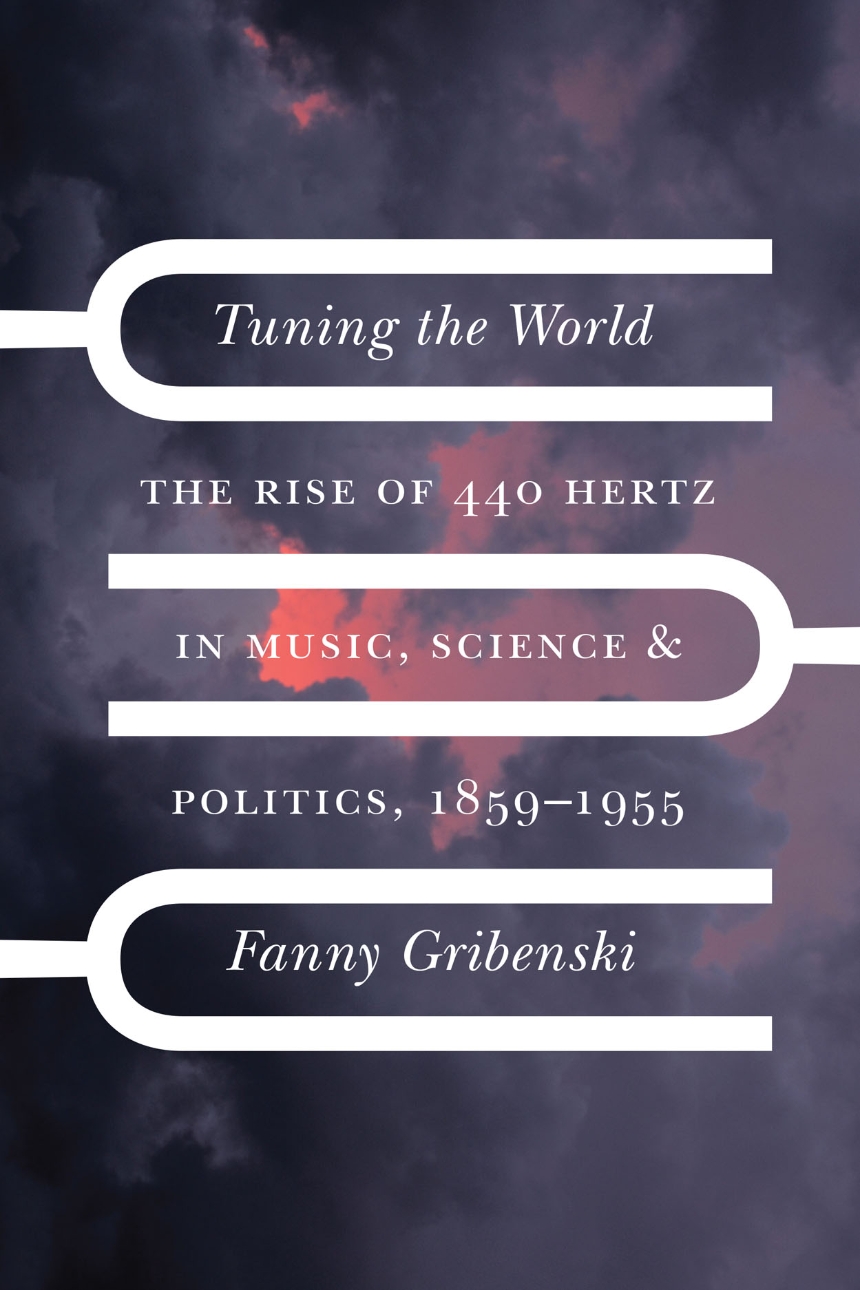 Tuning the World tells the unknown story of how the musical pitch A 440 became the global norm.

Now commonly accepted as the point of reference for musicians in the Western world, A 440 hertz only became the standard pitch during an international conference held in 1939. The adoption of this norm was the result of decades of negotiations between countries, involving a diverse group of performers, composers, diplomats, physicists, and sound engineers. Although there is widespread awareness of the variability of musical pitches over time, as attested by the use of lower frequencies to perform early music repertoires, no study has fully explained the invention of our current concert pitch. In this book, Fanny Gribenski draws on a rich variety of previously unexplored archival sources and a unique combination of musicological perspectives, transnational history, and science studies to tell the unknown story of how A 440 became the global norm. Tuning the World demonstrates the aesthetic, scientific, industrial, and political contingencies underlying the construction of one of the most “natural” objects of contemporary musical performance and shows how this century-old effort was ultimately determined by the influence of a few powerful nations.

“In pursuing the origin story of a single musical note, Gribenski shows us that nothing about the ways we hear, evaluate, or feel about music and musicians is ‘natural’ or ‘universal.’ Her virtuosic interdisciplinary research convincingly reveals how—as the battling forces of metaphysics, historical precedence, mathematics and experimental sciences, instrument construction, composition and repertoire, performers’ health, and aesthetic preference competed for attention—the relentless imperial ambitions of a few nations led to the pitch A’s designation as 440 hertz. Tuning the World is required reading for music scholars and practitioners, historians of science, and diplomats alike.”

“Tuning the World is a lovely and profoundly important book. Through rigorous analysis and innovative use of archival materials, Gribenski strikes out on a rich, new path that will lead the way for historians of science, sound studies scholars, and musicologists for years to come.”

“Tuning the World is an impressive achievement. At once sweeping and fine-grained, it reveals the high stakes of pitch standardization as it helped shape the contemporary soundscape. Gribenski compellingly weaves together pivotal yet overlooked episodes in the history of transatlantic sonic culture and political economy in the nineteenth and twentieth centuries. This book proposes a distinctive and original argument, supported by voluminous historical detail, most or all of which will be new to readers.”