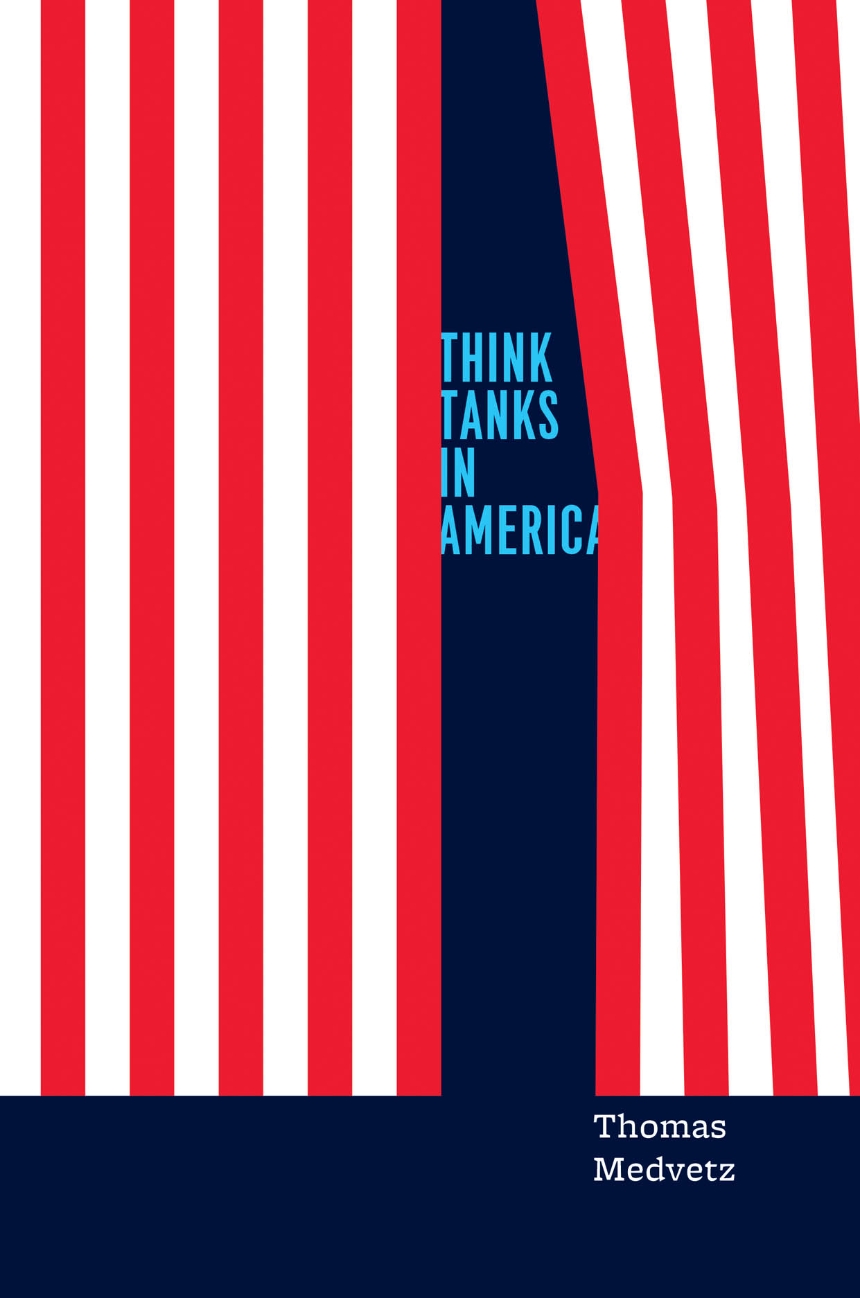 Over the past half-century, think tanks have become fixtures of American politics, supplying advice to presidents and policy makers, expert testimony on Capitol Hill, and convenient facts and figures to journalists and media specialists. But what are think tanks? Who funds them? What kind of “research” do they produce? Where does their authority come from? And how influential have they become?
In Think Tanks in America, Thomas Medvetz argues that the unsettling ambiguity of the think tank is less an accidental feature of its existence than the very key to its impact. By combining elements of more established sources of public knowledge—universities, government agencies, businesses, and the media—think tanks exert a tremendous amount of influence on the way citizens and lawmakers perceive the world, unbound by the more clearly defined roles of those other institutions. In the process, they transform the government of this country, the press, and the political role of intellectuals. Timely, succinct, and instructive, this provocative book will force us to rethink our understanding of the drivers of political debate in the United States.

“Over the past half century, few developments in the US political system have influenced the content of actual legislation more than the rise of think tanks. But until now, information and analysis of this phenomenon have been mostly anecdotal and known only within the Washington Beltway. Thomas Medvetz provides a much needed and thoughtful analysis of the history and relevance of these important institutions. Think Tanks in America is an invaluable resource.”

“Think tanks have become hugely important actors in the Washington policy process, but have also become increasingly political in recent years. Thomas Medvetz’s well-researched book will teach you almost everything you ever wanted to know about these ever-changing institutions.”

“Thomas Medvetz does us a huge service by analyzing the development of policy expertise, its shifting institutional locations, and the impact of both on academic social science and public affairs. This is an important book on an important issue.”—Craig Calhoun, London School of Economics

“Succinct, thorough, and masterfully researched—Thomas Medvetz has written a subtle and timely history of these fixtures of public debate in the United States. In the realms of culture studies, policy, and policy formation, there is no book quite like Think Tanks in America. Plus which, no one has understood, interpreted, then used Pierre Bourdieu’s ideas better—so well that Bourdieu himself would have been pleased.”

Prologue: Gaining Ground: The Rise of the Policy Expert

Chapter 1. Indistinction: Rethinking the Think Tank
Chapter 2. Experts in the Making: On the Birth of Technoscientific Reason
Chapter 3. The Crystallization of the Space of Think Tanks
Chapter 4. The Rules of Policy Research
Chapter 5. From Deprivation to Dependency: Expert Discourse and the American Welfare Debate
Chapter 6. Conclusion: Anti-intellectualism, Public Intellectualism, and Public Sociology Revisited

Appendix A: Note on Data Sources
Appendix B: Supplementary Graphs and Tables