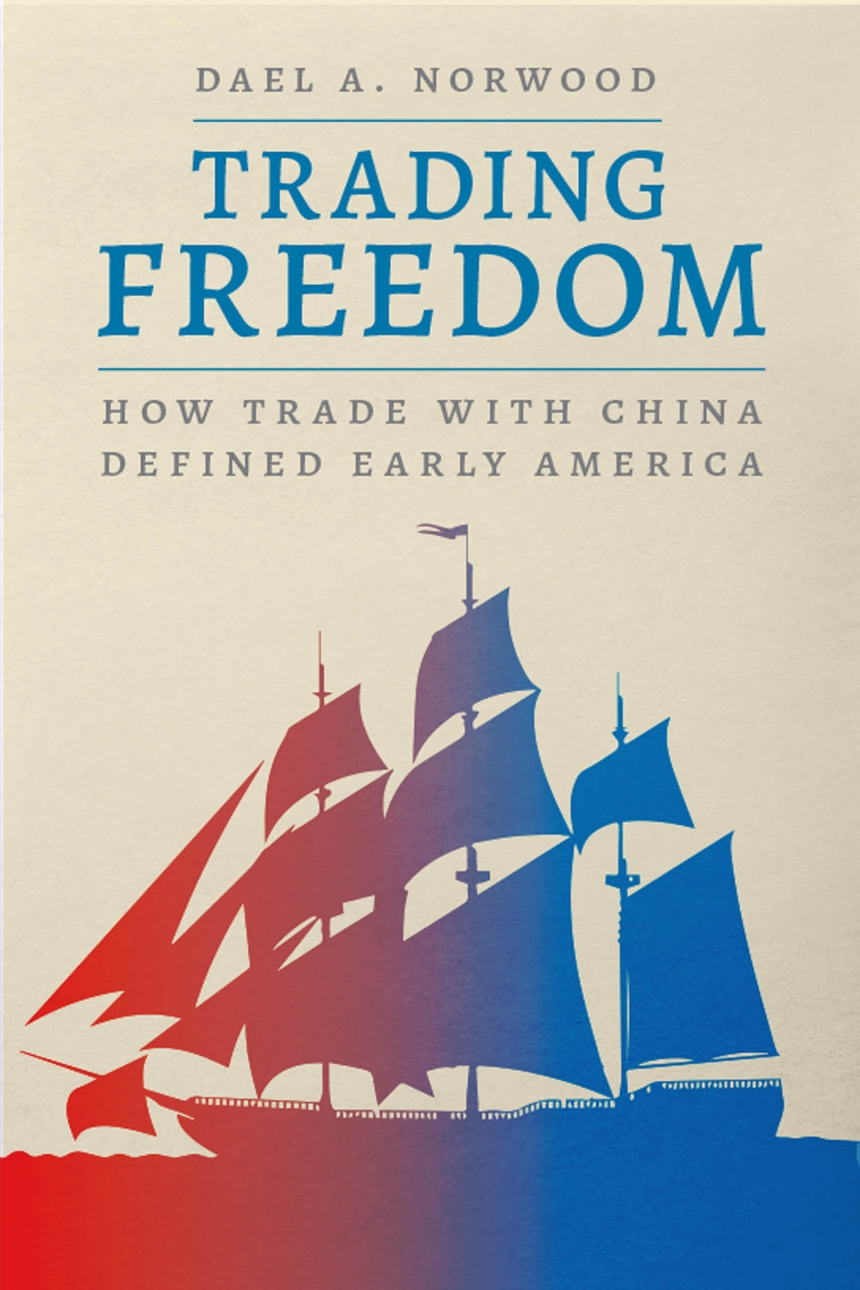 Trading Freedom explores the surprisingly rich early history of US-China trade and its unexpected impact on the developing republic.

The economic and geographic development of the early United States is usually thought of in trans-Atlantic terms, defined by entanglements with Europe and Africa. In Trading Freedom, Dael A. Norwood recasts these common conceptions by looking to Asia, making clear that from its earliest days, the United States has been closely intertwined with China—monetarily, politically, and psychologically.

Norwood details US trade with China from the late eighteenth through the late nineteenth centuries—a critical period in America’s self-definition as a capitalist nation—and shows how global commerce was central to the articulation of that national identity. Trading Freedom illuminates how debates over political economy and trade policy, the building of the transcontinental railroad, and the looming sectional struggle over slavery were all influenced by Sino-American relations. Deftly weaving together interdisciplinary threads from the worlds of commerce, foreign policy, and immigration, Trading Freedom thoroughly dismantles the idea that American engagement with China is anything new.

"An excellent, and much needed, account of China's pivotal role in the US economy since the very inception of the Republic."

Amitav Ghosh, author of The Nutmeg's Curse and The Great Derangement

"Stimulating. . . An important intervention into a variety of scholarly debates. . . . By calling much needed attention to the precocious and sometimes prominent place of China in the political economy of the United States during the ‘long’ nineteenth century, Norwood deserves praise."

“An impressively ambitious book, surveying US commercial involvement with China from the departure of the Empress of China, which sailed from New York in 1784, to the Chinese Exclusion Act of 1882. Books on China and the United States in this period typically cover either trade or immigration—Trading Freedom is the rare book to tackle both.”

“Norwood’s wide-ranging and lively history of the early China trade is rich with insights about both the trade itself and how it changed Americans' understanding of their own economic position in the world. Trading Freedom makes a compelling case for taking a much longer view of the United States’ evolving commercial relationship with China.”

“Tightly written and cogently argued, Trading Freedom boldly reinterprets the dynamic and multifaceted trans-Pacific connection of the nineteenth century. In Norwood’s masterful telling, the China trade conditioned America’s experience of ‘free commerce’ globalization, as well as molded US political economy, often in unexpected ways. At a time in which it has never been more important to revisit the long history of US-China relations, this book is the best place to start.”