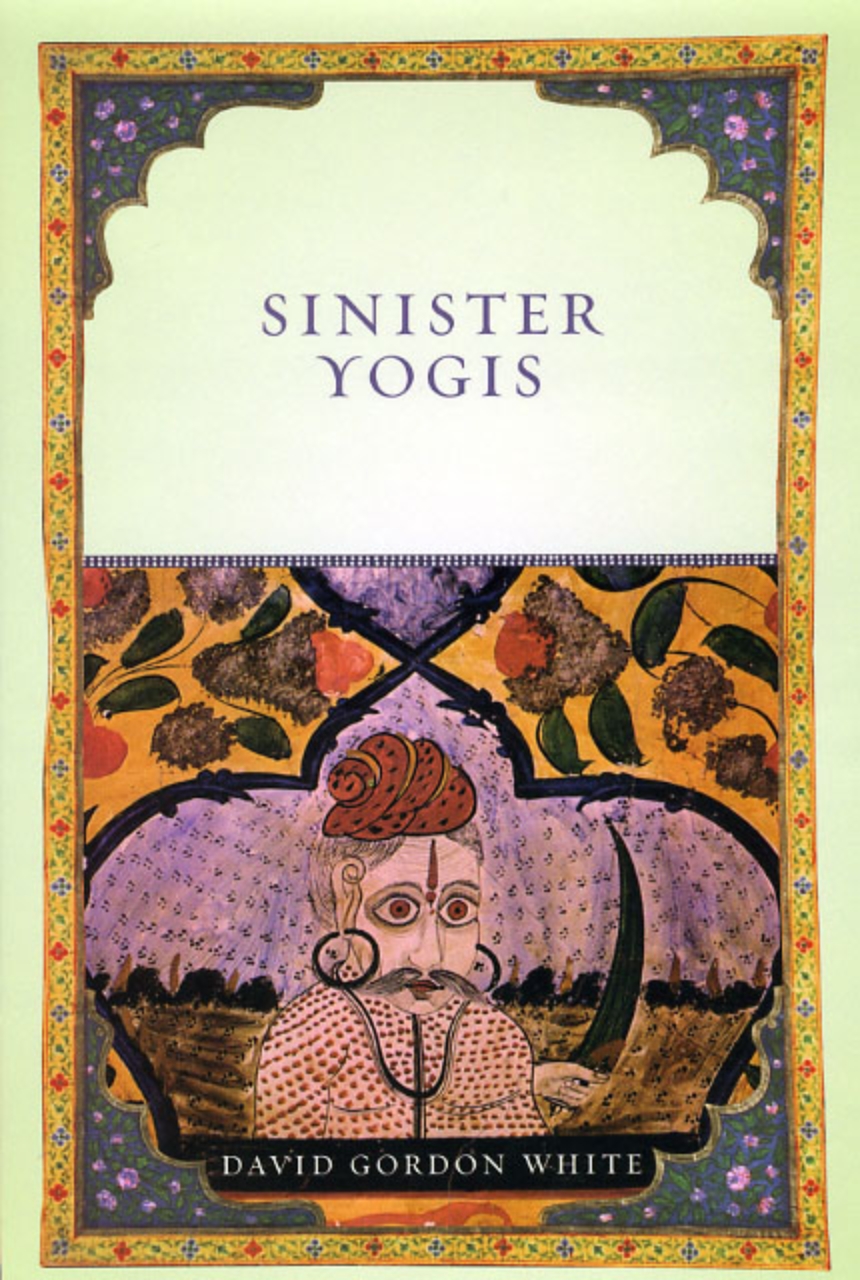 Since the 1960s, yoga has become a billion-dollar industry in the West, attracting housewives and hipsters, New Agers and the old-aged. But our modern conception of yoga derives much from nineteenth-century European spirituality, and the true story of yoga’s origins in South Asia is far richer, stranger, and more entertaining than most of us realize.

To uncover this history, David Gordon White focuses on yoga’s practitioners. Combing through millennia of South Asia’s vast and diverse literature, he discovers that yogis are usually portrayed as wonder-workers or sorcerers who use their dangerous supernatural abilities—which can include raising the dead, possession, and levitation—to acquire power, wealth, and sexual gratification. As White shows, even those yogis who aren’t downright villainous bear little resemblance to Western assumptions about them. At turns rollicking and sophisticated, Sinister Yogis tears down the image of yogis as detached, contemplative teachers, finally placing them in their proper context.

“This is a riveting account of the early history of yoga and yogis in India that weighs the perspectives of both the yogis and the public culture of yoga. The history of yoga practice, and of yogis, is finally receiving the critical attention from scholars that will alter the views made popular by modern yoga teachers who believe their doctrines of mental and physical culture constitutes ‘classical yoga.’ David White’s entertaining and intelligent account of yogis drawn largely from Hindi and Sanskrit sources will contribute enormously to this corrective project. White has a real gift for making difficult, opaque material comprehensible, and he does so in writing that is bright and lucid.”

“White swept us up with The Alchemical Body and blew us away with Kiss of the Yogini. Now along comes Sinister Yogis. Prepare to be taken over completely by this final installment in White’s ‘siddha’ trilogy. These are no ordinary yogis, at least not in the way yogis have been conceived for many a generation, and not simply by Western scholars and spiritual entrepreneurs. And they are not figures of a literary imagination. They are flesh and bone—when they want to be—and they have walked among us, making and remaking the world. White unravels a vast and interlacing literature on the theory and practice—and especially practitioners—of yoga, ranging from Harappa to the British Raj, and all points in between, and he demonstrates time and again that self projection and body possession, what he calls ‘omni-presencing’, are the keys to South Asian religion.”

“In this fascinating counter-history of yoga, White shows us that the slim slice of yoga we Americans practice, and even the yoga most academics study, is leaving quite a lot of yoga’s deep roots out. . . . White offers a surprising, counterintuitive take on the roots of an extraordinary, sometimes mystical discipline.”

"Sinister Yogis . . . successfully provides a fuller, more contextualized history of yoga, opening up some of the elisions that come when a tradition goes cross-cultural."

"David Gordon White’s Sinister Yogis is brilliant, digressive, non-linear, and likely to be criticized by readers who find fault with specific interpretive and translational choices that he makes. Writing a book such as this one takes courage. It is safest in the modern academy to burrow into the minutiae of a single era or philsophical school and to write only for a small group of initiates. Sinister Yogis is the most comprehensive work to date in a movement that is fundamentally re-shaping our understanding of what yoga is."

"This wondrously captivating, richly detailed book is a must for anyone interested in conceptions of the Indian yogī and of yogic practice."

4 The Science of Entering Another Body