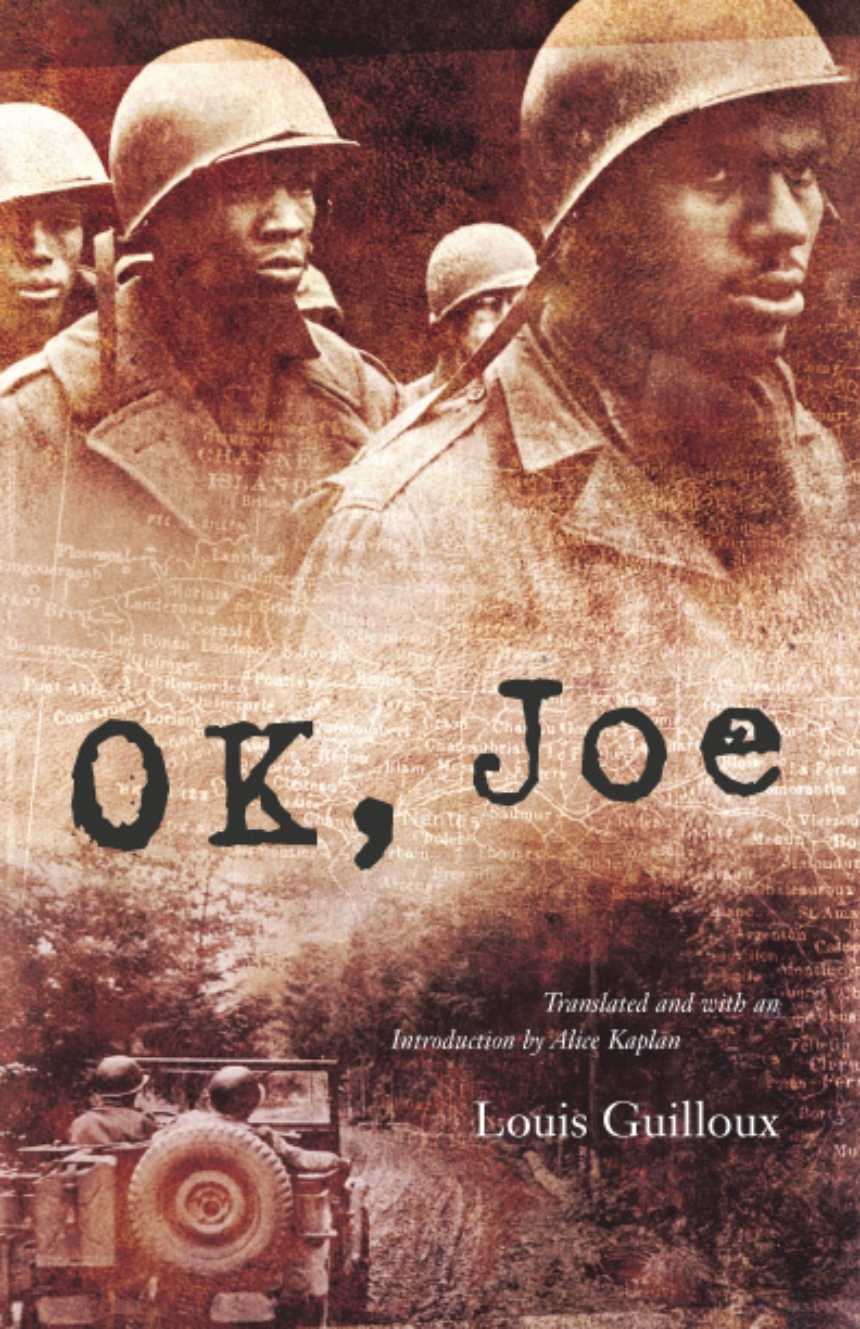 Translated and with an Introduction by Alice Kaplan
"OK, Joe!" the American lieutenant calls out to his driver. He hops into his jeep and heads out through French countryside just liberated from the Nazis. With him is the narrator of this novel, Louis, a Frenchman engaged by the American Army as an interpreter. Louis serves a group of American officers charged with bringing GIs to account for crimes—including rape and murder—against French citizens. The friendly banter of the American soldiers and the beautiful Breton landscape stand in contrast to Louis’s task and his growing awareness of the moral failings of the Americans sent to liberate France. For not only must Louis translate the accounts of horrific crimes, he comes to realize that the accused men are almost all African American.

Based on diaries that the author kept during his service as a translator for the U.S. Army in the aftermath of D-Day, OK, Joe follows Louis and the Americans as they negotiate with witnesses, investigate the crimes, and stage the courts-martial. Guilloux has an uncanny ear for the snappy speech of the GIs and a tenderness for the young, unworldly men with whom he spends his days, and, in evocative vignettes and dialogues, he sketches the complex intersection of hope and disillusionment that prevailed after the war. Although the American presence in France has been romanticized in countless books and movies, OK, Joe offers something exceedingly rare: a penetrating French perspective on post-D-Day GI culture, a chronicle of trenchant racism and lost ideals.