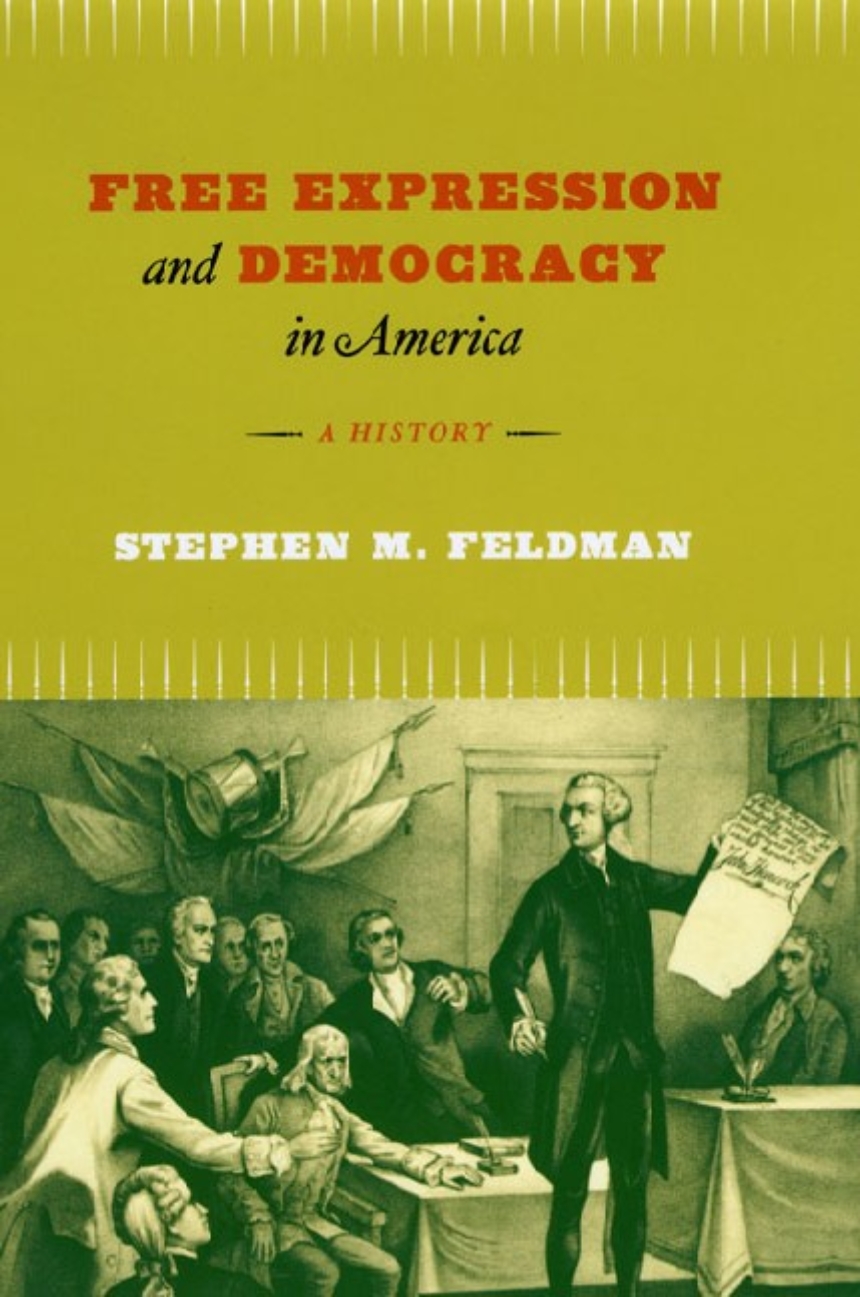 From the 1798 Sedition Act to the war on terror, numerous presidents, members of Congress, Supreme Court justices, and local officials have endorsed the silencing of free expression.  If the connection between democracy and the freedom of speech is such a vital one, why would so many governmental leaders seek to quiet their citizens? Free Expression and Democracy in America traces two rival traditions in American culture—suppression of speech and dissent as a form of speech—to provide an unparalleled overview of the law, history, and politics of individual rights in the United States.
Charting the course of free expression alongside the nation’s political evolution, from the birth of the Constitution to the quagmire of the Vietnam War, Stephen M. Feldman argues that our level of freedom is determined not only by the Supreme Court, but also by cultural, social, and economic forces. Along the way, he pinpoints the struggles of excluded groups—women, African Americans, and laborers—to participate in democratic government as pivotal to the development of free expression.  In an age when our freedom of speech is once again at risk, this momentous book will be essential reading for legal historians, political scientists, and history buffs alike.

Law and Legal Studies: Law and Society, Legal History, The Constitution and the Courts

“Blending together a discussion of how such notions as the public good, virtue, rights, citizenship, and value relativism are rtransformed from one era to another, Feldman subtly explains how constitutional doctrine on free expression evolves both within and across eras. . . . He offers readers a useful place to begin pondering this difficult topic. Highly recommended.”

“This book is the best comprehensive overview of the law, history, and politics of free expression in America ever published. Stephen Feldman’s history is confident, sure-footed, and scrupulously accurate. His interpretations and explanations for subtle shifts and developments in the law of free expression are convincing and, quite often, thrilling. I cannot recommend it highly enough.”

“Free Expression and Democracy in America is a splendidly detailed study of free speech in the United States. It is likely to set the standard in the field for many years to come. Feldman does a masterful job integrating American democratic and jurisprudential traditions.”

Alexander Tsesis, author of We Shall Overcome: A History of Civil Rights and the Law

“Professor Feldman details all the major free speech fights in the history of the United States from colonial days until the end of the Vietnam War. As is the case with good comprehensive histories, this book hits all the classics and suggests a number of themes that unite disparate strands of American free speech history, most notably the transition from a republican democracy to pluralist democracy.”

"Feldman is to be congratulated for his rigorous blending of judicial history, American history, and constitutional jurisprudence, all the while keeping dissent and suppression at the fore."

"A valuable addition to the literature of free speech and the most complete historical discussion of the topic."

Dimensions of Free Expression
The English and Colonial Background

2 Republican Democracy from the Revolution through the Civil War

3 Free Expression in the Early Years

The Revolutionary Period
The Framing and the Bill of Rights

Politics, Expression, and Republican Democracy in the 1790s
The Alien and Sedition Acts
Consequences of the Sedition Act Prosecutions

6 Republican Democracy from Reconstruction through 1920

Exclusion
Strains on Republican Democracy
The Same, yet Different
Populism and Progressivism
Judicial Review in a Time of Stress

Immorality, Expression, and Libertarian Theory
Protecting the Government: Libel and Contempt
Liberty and Labor
The Supreme Court and Free Expression: The Early Cases

8 Free Expression during the World War I Era

World War I and Suppression
The Supreme Court and the War

Crisis and Change
The Puzzle of Pluralist Democratic Judicial Review