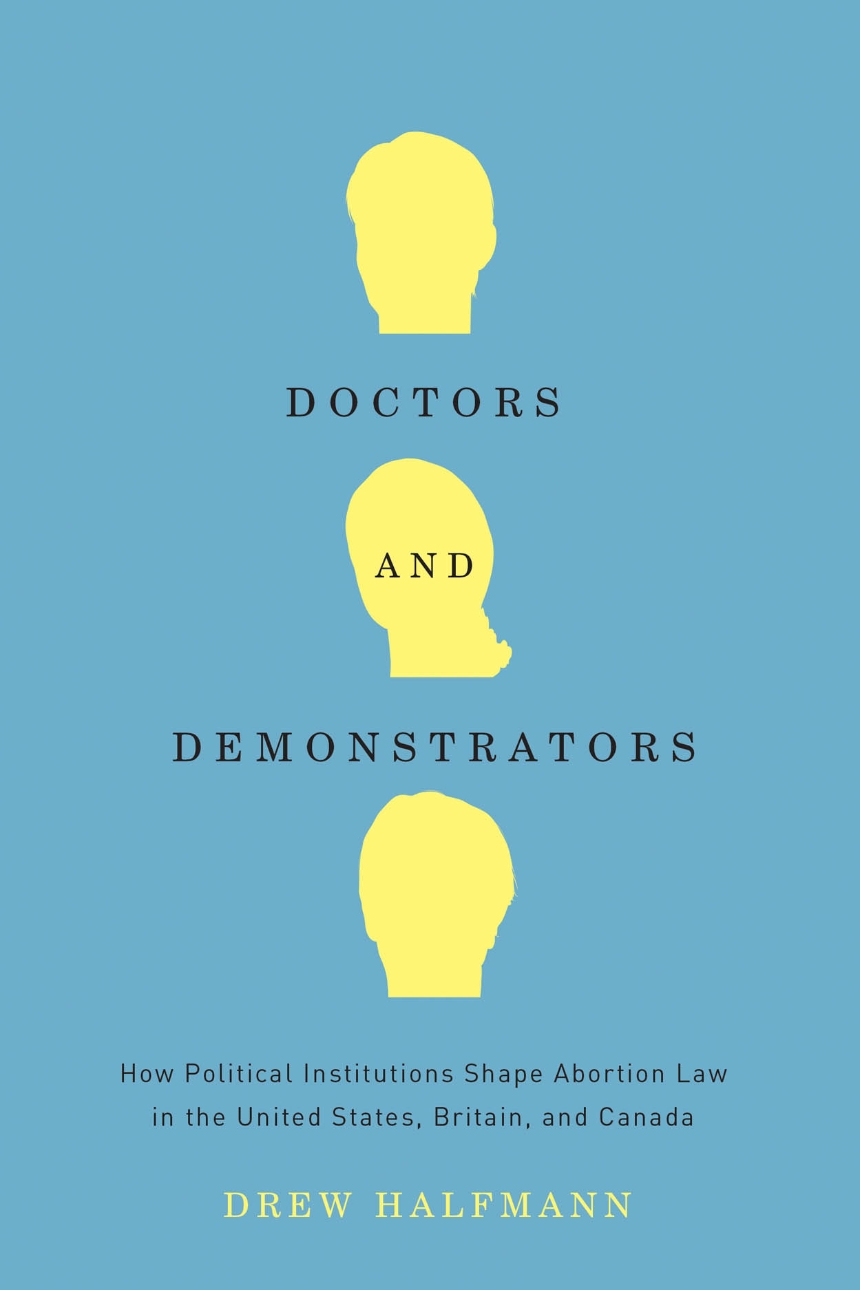 How Political Institutions Shape Abortion Law in the United States, Britain, and Canada

How Political Institutions Shape Abortion Law in the United States, Britain, and Canada

Since Roe v. Wade, abortion has continued to be a divisive political issue in the United States. In contrast, it has remained primarily a medical issue in Britain and Canada despite the countries’ shared heritage. Doctors and Demonstrators looks beyond simplistic cultural or religious explanations to find out why abortion politics and policies differ so dramatically in these otherwise similar countries.
Drew Halfmann argues that political institutions are the key. In the United States, federalism, judicial review, and a private health care system contributed to the public definition of abortion as an individual right rather than a medical necessity. Meanwhile, Halfmann explains, the porous structure of American political parties gave pro-choice and pro-life groups the opportunity to move the issue onto the political agenda. A groundbreaking study of the complex legal and political factors behind the evolution of abortion policy, Doctors and Demonstrators will be vital for anyone trying to understand this contentious issue.

“Doctors and Demonstrators is an innovative, thorough, and expertly designed work of political analysis. There is much to admire here, but one of the most important elements is the use of a comparative historical approach to an issue of legal policy. Halfmann sets up an intriguing puzzle—why are abortion politics in the US, Britain, and Canada so different?—and provides a subtle yet clear and powerful explanation.”

“Doctors and Demonstrators situates struggles over abortion in comparative context, showing the importance of different ways in which the medical profession, politics, and law affect each other. Drew Halfmann’s analysis is an important contribution to sociology and a source of timely insight that goes beyond the specifics of abortion issues to controversies over health care generally.”

“The book is laid out in an intellectually intuitive, though perhaps untraditional, way, which allows Halfmann to emphasize his theory clearly throughout. . . . It puts what has for many decades been a fiery political debate in the United States into a larger political perspective.”