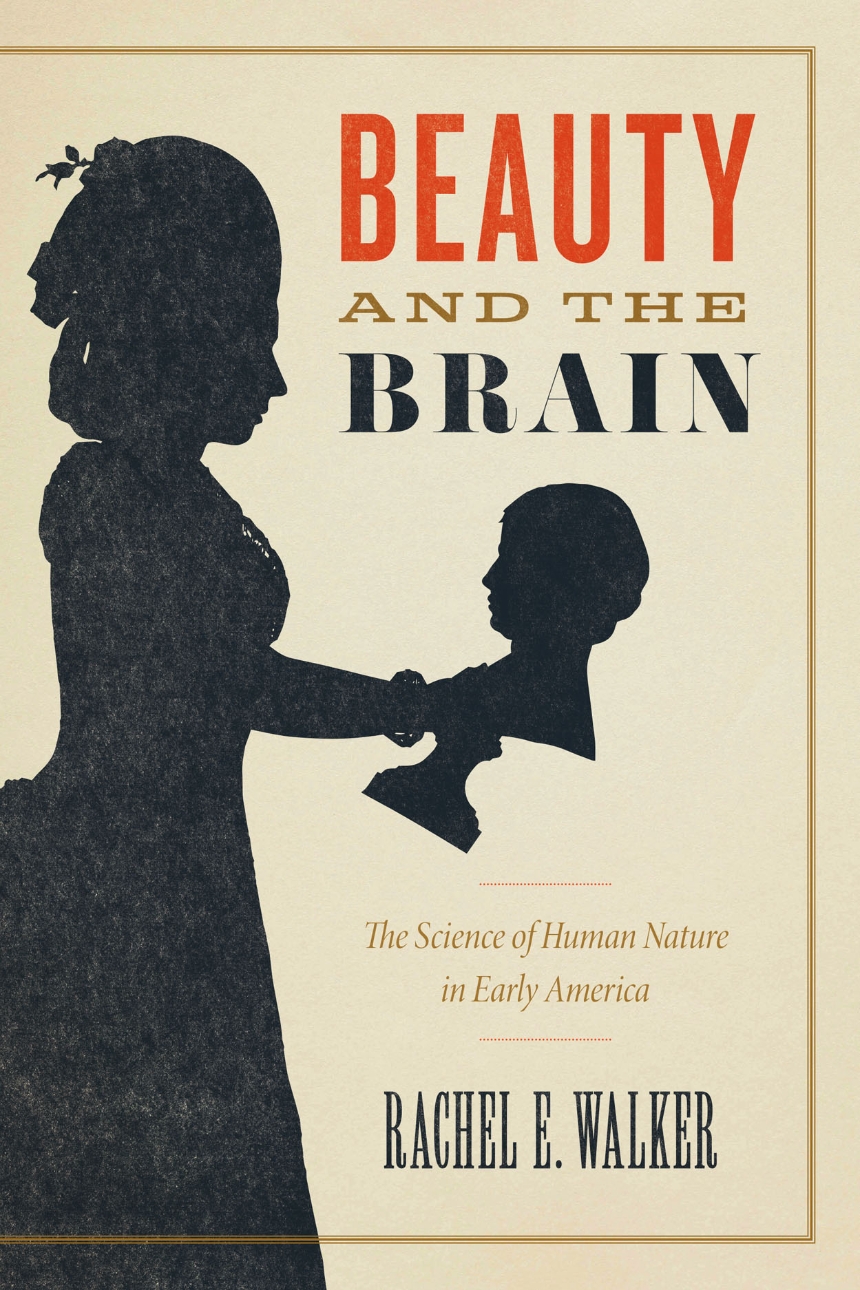 Beauty and the Brain

The Science of Human Nature in Early America

Beauty and the Brain

The Science of Human Nature in Early America

Examining the history of phrenology and physiognomy, Beauty and the Brain proposes a bold new way of understanding the connection between science, politics, and popular culture in early America.

Between the 1770s and the 1860s, people all across the globe relied on physiognomy and phrenology to evaluate human worth. These once-popular but now discredited disciplines were based on a deceptively simple premise: that facial features or skull shape could reveal a person’s intelligence, character, and personality. In the United States, these were culturally ubiquitous sciences that both elite thinkers and ordinary people used to understand human nature.

While the modern world dismisses phrenology and physiognomy as silly and debunked disciplines, Beauty and the Brain shows why they must be taken seriously: they were the intellectual tools that a diverse group of Americans used to debate questions of race, gender, and social justice. While prominent intellectuals and political thinkers invoked these sciences to justify hierarchy, marginalized people and progressive activists deployed them for their own political aims, creatively interpreting human minds and bodies as they fought for racial justice and gender equality. Ultimately, though, physiognomy and phrenology were as dangerous as they were popular. In addition to validating the idea that external beauty was a sign of internal worth, these disciplines often appealed to the very people who were damaged by their prejudicial doctrines. In taking physiognomy and phrenology seriously, Beauty and the Brain recovers a vibrant—if largely forgotten—cultural and intellectual universe, showing how popular sciences shaped some of the greatest political debates of the American past.

“Beauty and the Brain is a highly original, insightful, and engaging book. Walker’s research is groundbreaking, her analysis a model for how to produce an intellectual and cultural history, and her chapters filled with compelling evidence. By bringing together science, politics, and popular culture, Walker provides an important history of how people tried to read facial features as a mark of character for both conservative and radical purposes. This book will appeal to specialists in a range of fields including the history of science, women’s history, African American history, literary history, and visual culture.”

“Beauty and the Brain is an archival gem of a book that sets out the complex and contradictory reasons antebellum Americans—male and female, enslaved and free, Black and white—turned to the popular sciences of phrenology and physiognomy to navigate the roiling currents of their changing social and political worlds.”

“In this lively new study of physiognomy and phrenology, Walker demonstrates how an elitist, Enlightenment ‘science of man’ was reshaped by people on the margins—women, African Americans, and a range of social reformers—to demand broader inclusiveness in the new republic. Beauty and the Brain offers a timely and persuasive reexamination of how equality and inequality form the warp and woof of American popular culture.”

Karen Halttunen, author of Murder Most Foul: The Killer and the American Gothic Imagination

“This insightful book charts the resounding appeal of physiognomy and phrenology as forms of knowledge from the founding of the American Republic to the post-Civil War period. Rather than dismissing these sciences as quackery, Walker takes their popularity seriously and skillfully traces the contradictory ways in which they manifested themselves in popular culture and politics.”