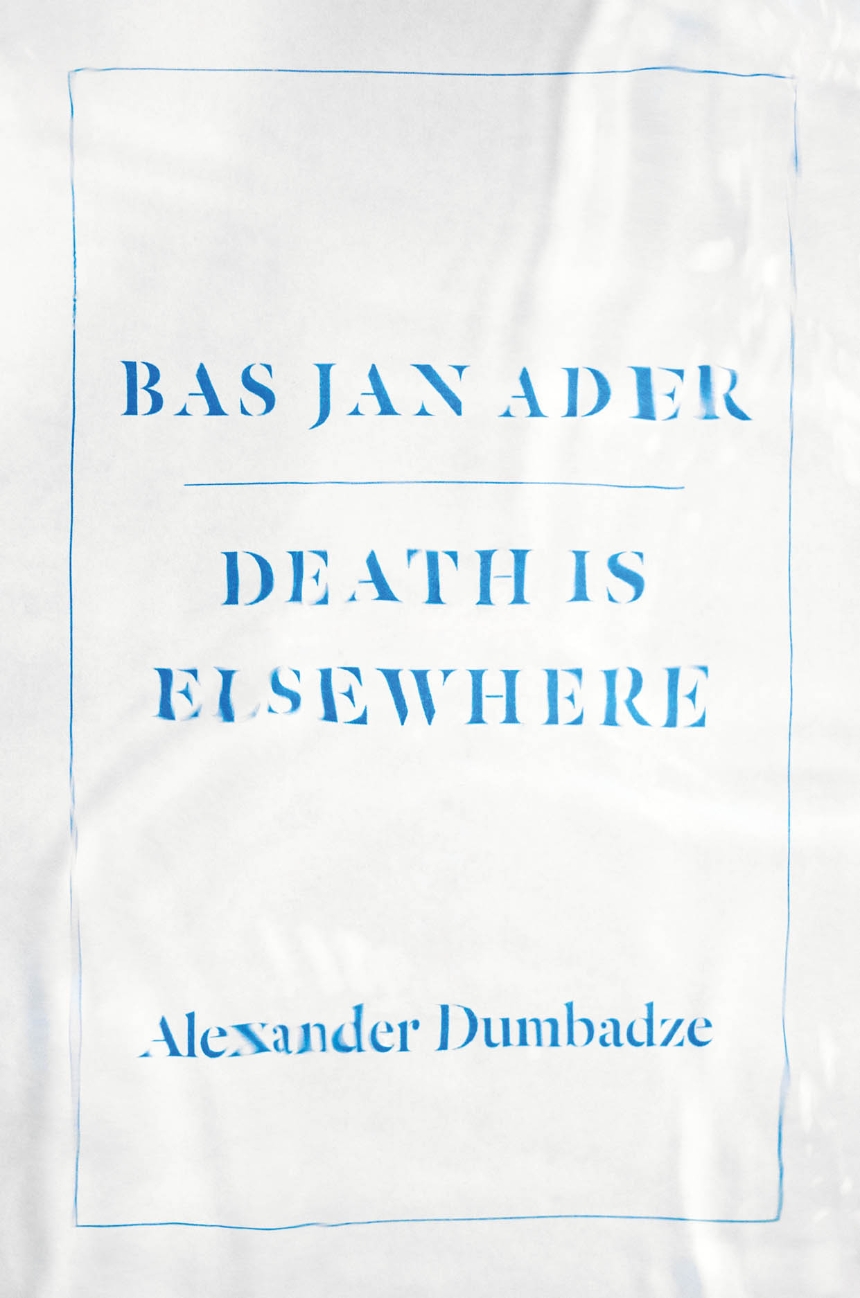 On July 9, 1975, Dutch-born artist Bas Jan Ader set sail from Chatham, Massachusetts, on a thirteen-foot sailboat. He was bound for Falmouth, England, on the second leg of a three-part piece titled In Search of the Miraculous. The damaged boat was found south of the western tip of Ireland nearly a year later. Ader was never seen again.
Since his untimely death, Ader has achieved mythic status in the art world as a figure literally willing to die for his art. Considering the artist’s legacy and concise oeuvre beyond the romantic and tragic associations that accompany his peculiar end, Alexander Dumbadze resituates Ader’s art and life within the conceptual art world of Los Angeles in the early 1970s and offers a nuanced argument about artistic subjectivity that explains Ader’s tremendous relevance to contemporary art.
Bas Jan Ader blends biography, theoretical reflection, and archival research to draw a detailed picture of the world in which Ader’s work was rooted: a vibrant international art scene populated with peers such as Ger van Elk, William Leavitt, and Allen Ruppersberg. Dumbadze looks closely at Ader’s engagement with questions of free will and his ultimate success in creating art untainted by mediation. The first in-depth study of this enigmatic conceptual artist, Bas Jan Ader is a thoughtful reflection on the necessity of the creative act and its inescapable relation to death.

“Alexander Dumbadze is a wonderfully engaging writer. He concentrates tremendous psychological energy in the telling of a taut and revealing story. This is one of the most compelling pieces of art writing that I have yet encountered.”

“At last, there exists a well-researched and authoritative account of the life and work of the artist Bas Jan Ader, who has for too long resided in the romanticized shadow cast by his disappearance at sea in 1975. Alexander Dumbadze fleshes out Ader’s working practice, particularly in Los Angeles, giving detailed analysis of the context in which he was working and so bringing a more comprehensive perspective and understanding of both the man and the artist that has hitherto been missing.”

“Bas Jan Ader offers a sophisticated examination of the debate around representation in seventies art, and Alexander Dumbadze offers one of the most theoretically compelling justifications for the use of an artist’s life in recent scholarship. Dumbadze skillfully provides an archival study of Ader’s work that corrects many of the mythic aspects it has taken on since the artist’s death. Thoughtful and meticulous, Bas Jan Ader points out why the terms that have characterized the recent reception of Ader’s work have such a powerful hold on contemporary discourse.”

“One of the most enjoyable and affecting academic studies you might hope to read.”

Bas Jan Ader's art career lasted only five years. From 1970 to 1975 he played out his notions of the weight of gravity in short films that showed him hanging from trees (Broken Fall, Organic), biking into an Amsterdam canal (Fall 2, Amsterdam) or sitting in a chair atop a roof before propelling to the ground (Fall 1, Los Angeles). "Supremely self-confident," he met his wife while in graduate school "by lifting his shirt… and he possessed one of the five most beautiful belly buttons in the world." On July 9, 1975 Ader set out from Cape Cod in a 13-foot sailboat on a solo voyage to Europe. He was never seen again. Art historian Dumbadze paints a fascinating portrait of the young artist; his childhood during World War II in Amsterdam, his youthful days at Otis Art Institute, his quest for truth through philosophy, his love of Marcel Duchamp, and his participation in the Los Angeles art scene. Dumbadze sometimes speculates too broadly on the meaning behind Ader's work, but through letters, artwork and interviews by Ader's contemporaries he illuminates the brief life of an man con-tent to let gravity take him where it would.

“Brings out well the Sisyphean nature of Bas Jan Ader’s art-life exploration. . . . This book will be valued by anyone with an interest in Bas Jan Ader or who wishes to understand more about his profoundly challenging art practice. A great read.”

“The artist’s untimely demise provides a wildly interesting culmination to an equally interesting life and work, the particulars of which are thoughtfully teased out in Bas Jan Ader: Death Is Elsewhere by Alexander Dumbadze. While Dumbadze’s focus remains primarily on Ader’s work and milieu, he also examines why this relatively small body of work has swelled in influence and led to relative cult status for its creator.”

"[T]he most probing, most comprehensive and nuanced discussion of Ader to date. Dumbadze, in a focused, meticulously researched study, zooms in on the years Ader spent in Los Angeles, from 1963 to 1975, when the city was still considered by many to be a cultural outlier. . . . The author tells his tale with sensitivity and insight, his considerable erudition deployed lightly, conveying complex concepts in prose that is clear, elegant and engaging... Dumbadze interprets Ader's unclassifiable, uncanny, prescient art and his all too brief life with an empathy, intelligence and objectivity that make this book rewarding to read, lingering long afterward."

“Dumbadze strips away the romantic-tragic myth to reveal a deliberate, ambitious and philosophical artist. He compares Ader to other important Southern California figures like Chris Burden, Jack Goldstein and Allen Ruppersberg. . . . And he suggests that Ader’s spectacular final voyage is just one of many reasons we should be thinking about him today.”

"A fascinating portrait of the enigmatic Dutch performance artist."