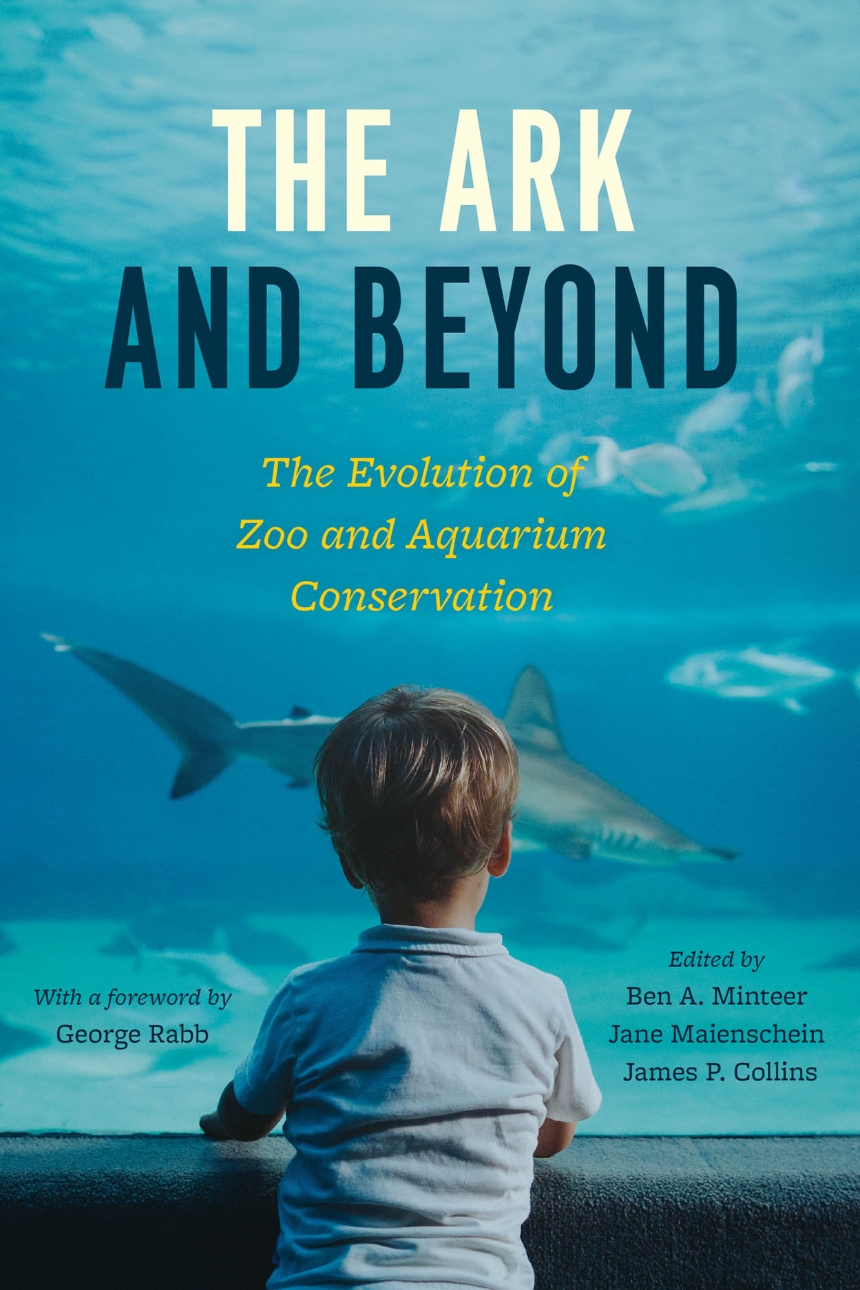 The Ark and Beyond

The Evolution of Zoo and Aquarium Conservation

The Ark and Beyond

The Evolution of Zoo and Aquarium Conservation

With a Foreword by George Rabb
Scores of wild species and ecosystems around the world face a variety of human-caused threats, from habitat destruction and fragmentation to rapid climate change. But there is hope, and it, too, comes in a most human form: zoos and aquariums. Gathering a diverse, multi-institutional collection of leading zoo and aquarium scientists as well as historians, philosophers, biologists, and social scientists, The Ark and Beyond traces the history and underscores the present role of these organizations as essential conservation actors. It also offers a framework for their future course, reaffirming that if zoos and aquariums make biodiversity conservation a top priority, these institutions can play a vital role in tackling conservation challenges of global magnitude.

While early menageries were anything but the centers of conservation that many zoos are today, a concern with wildlife preservation has been an integral component of the modern, professionally run zoo since the nineteenth century. From captive breeding initiatives to rewilding programs, zoos and aquariums have long been at the cutting edge of research and conservation science, sites of impressive new genetic and reproductive techniques. Today, their efforts reach even further beyond recreation, with educational programs, community-based conservation initiatives, and international, collaborative programs designed to combat species extinction and protect habitats at a range of scales. Addressing related topics as diverse as zoo animal welfare, species reintroductions, amphibian extinctions, and whether zoos can truly be “wild,” this book explores the whole range of research and conservation practices that spring from zoos and aquariums while emphasizing the historical, scientific, and ethical traditions that shape these efforts. Also featuring an inspiring foreword by the late George Rabb, president emeritus of the Chicago Zoological Society / Brookfield Zoo, The Ark and Beyond illuminates these institutions’ growing significance to the preservation of global biodiversity in this century.

"To familiarize yourself with the efforts of the best of these animal havens is to understand that they work with sincerity and some urgency to try to understand and save endangered species, while also navigating public expectations and budgetary pressures. In other words, they operate in 'powerful ethical rapids,' in the words of the editor of The Ark and Beyond: The Evolution of Zoo and Aquarium Conservation, an eye-opening new book from the University of Chicago Press."

“In an age of extinction, ‘wild’ places are increasingly being managed like zoos. What role do actual zoos and aquariums have to play? The Ark and Beyond looks at this question from all angles; the result is both informative and thought-provoking.”

Elizabeth Kolbert, author of the Pulitzer Prize–winning "The Sixth Extinction: An Unnatural History"

“The role of zoos and aquariums is constantly evolving, particularly as there is pressure to increase their contribution to conservation. This collection ably shows that zoos and aquariums are not a flotilla of little arks that have to be self-sufficient. Rather, we should be better grounded in the social fabric of our communities, better networked, and better connected to the animals outside our walls.”

Jenny Gray, CEO of Zoos Victoria, Australia, and president of the World Association of Zoos and Aquariums

“The Ark and Beyond is essential reading for anyone interested in our tangled and evolving relationship with zoos and aquariums. At the zoo we find ourselves at the shifting borderland between the wild and the walled. This book’s editors and contributors explore that territory, bringing together decades of practical and theoretical expertise in conservation biology, history, and education. Their insights will deeply inform and benefit readers wrestling with the complex questions we find ourselves asking when we lock eyes with our kindred creatures.”

"Issues such as zoo animal protection and species reintroduction, but also the question of whether zoos really can be 'wild,' are illuminated in this book in terms of the full range of research and conservation practices of zoos and aquariums."

“A valuable contribution to existing literature, not only by illustrating the earliest roots of contemporary conservation strategies that, although substantially distinct from ex situ conservation in the twenty-first century, nonetheless reveals deep roots to a phenomenon that is often considered to be very recent indeed. Featuring contributions from a broad array of international scholars and ranging across time and space, the collection represents a thorough articulation of the fluid histories, challenges, and futures of zoo- and aquarium-based conservation. . . . Engaging, accurate, and concise, the collection succeeds in communicating stories of complex pasts, presents, and futures in accessible form and to multiple audiences. Indeed, this work has much to say to historians, bioscientists, geographers, zoologists, and zoo management alike.”

"A remarkably thorough account of zoo and aquarium conservation. . . . Highly balanced. . . . Anyone who has visited a zoo or aquarium, and wondered whether its educational and conservation benefits outweigh its costs in terms of potentially diminished animal well-being, will find this book captivating."

Miles A. Powell, Nanyang Technological University, Singapore | Journal of the History of Biology

"Aquaria and zoos are sometimes a cause of concern for those anxious about animal welfare, but now they are making an increasingly important contribution to the survival of endangered species—as well as having an educational function. This book considers the history of the institutions, animal welfare, critical role in re-introduction programmes, how their practices and policies are evolving, and further their ethics and visions for the future."