I acquire books for the Press’s distinguished lists in anthropology and history. Each list encompasses a broad range of works, from general interest titles to classroom classics and specialist research. In anthropology, we especially encourage interdisciplinary interventions that engage science and technology studies, media studies, and material studies, as well as works on ethnographic theory and methods. Recent books in anthropology include Nayanika Mathur’s Crooked Cats: Beastly Encounters in the Anthropocene, Ghassan Hage’s The Diasporic Condition: Ethnographic Explorations of the Lebanese in the World, and James H. Smith’s The Eyes of the World: Mining the Digital Age in the Eastern DR Congo. We will soon publish, among other titles, Manduhai Buyandelger’s A Thousand Steps to Parliament: Constructing Electable Women in Mongolia, William Pietz’s The Problem of the Fetish, and Nick Seaver’s Computing Taste: Algorithms and the Makers of Music Recommendation.

In history, I am cultivating Chicago’s long-standing strengths in European history, Asian history, the history of ideas, and the history of sexuality, while encouraging new work in world history and ambitious narrative histories for general audiences. I coordinate closely with Chicago’s other history editors: Timothy Mennel (American history), Karen Darling (history of science), and Susan Bielstein (ancient history). Representative trade books on my history list are Toby Green’s A Fistful of Shells: West Africa from the Rise of the Slave Trade to the Age of Revolution, Lucy Delap’s Feminisms: A Global History, and Sujit Sivasundaram’s Waves Across the South: A New History of Revolution and Empire. Other recent highlights include William H. Sewell Jr.’s Capitalism and the Emergence of Civic Equality in Eighteenth-Century France, Ian Merkel’s Terms of Exchange: Brazilian Intellectuals and the French Social Sciences, and Justin M. Jacobs’s The Compensations of Plunder: How China Lost Its Treasures.

I am the proud sponsor of four series at Chicago. The Life of Ideas aims to nourish the resurgent field of intellectual history. The Silk Roads series, supported in part by the Luce Foundation, aims to cultivate transregional work in diverse fields, from history and religious studies to current events. Animal Lives is a multidisciplinary series exploring the shared histories and experiences of humans and other animals.

Lastly, I am proud to sponsor the award-winning Chicago Studies in Ethnomusicology series and its most recent publishing project, Big Issues in Music. Our most recent additions to the series are Siv B. Lie’s Django Generations: Hearing Ethnorace, Citizenship, and Jazz Manouche in France, Kay Kaufman Shelemay’s Sing and Sing On: Sentinel Musicians and the Making of the Ethiopian American Diaspora, and Adam Kielman’s Sonic Mobilities: Producing Worlds in Southern China. Our broader music list is acquired by my colleagues Marta Tonegutti, sponsor of such series as critical editions of Verdi, New Material Histories of Music, and the Opera Lab, and Elizabeth Branch Dyson, who acquires in jazz, blues, and other music.

I joined the Press in 2020, having worked previously as an acquisitions editor at Bloomsbury and Palgrave Macmillan. I am fortunate to collaborate with Editorial Associate Fabiola Enríquez Flores. 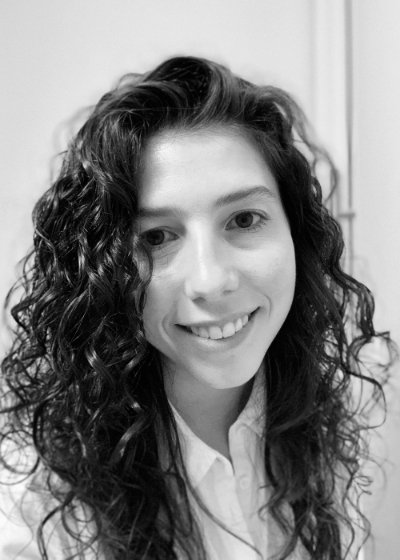